The Caucasus is a mountains area situated in between the Caspian Sea and The Black Sea surrounded by southern Russia, Armenia, Georgia and Azerbaijan. Historically, it has been considered a natural fence between European Europe and Western Asia. It’s capped by some of the world’s most marvellous alpine landscapes, with Mt. Elbrus is located in the west part of Caucasus, and on the southern side is the Javakheti Plateau which grows in the Armenian highlands, today part of Turkey.

The Caucasus is an emerging tourist destination, but again it varies by area. The Caucasus attractions that lured many visitors to its region are its architectural beauty, for example, the Flame Towers in Baku city is an ancient architectural design. Due to the Christian roots here, its home too many monasteries, and a good example of this is the Seven Church monastery complex in Azerbaijan. All of the Caucasian countries are prehistoric nations and therefore you will get to explore many places dating back to the medieval age. 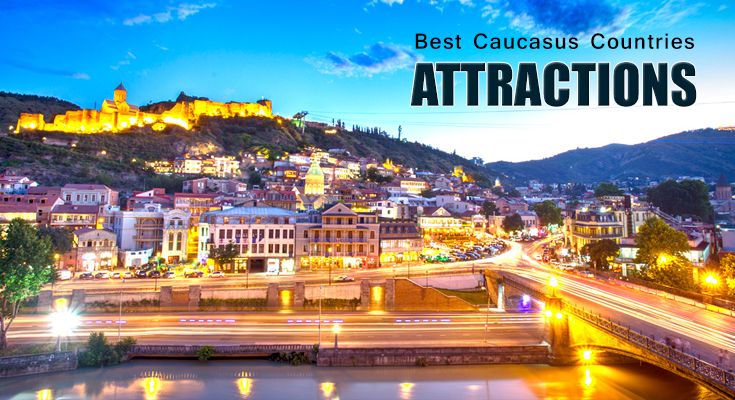 Armenia is a nation which was the former Soviet Republic lying in the Caucasus area between Asia and Europe. The country has a mixed culture of old-civilization with remote canyons and modern touch to it. It one of the famous Caucasus Attractions for hidden monasteries, world heritage sites, culture, landscape, people, cuisine and many others. 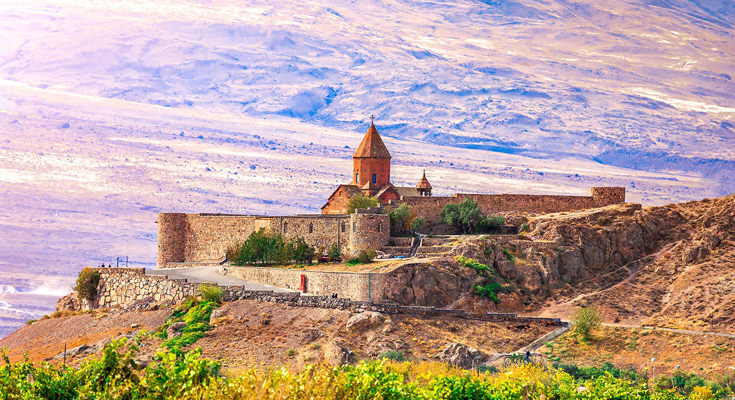 Azerbaijan is a nation which was the former Soviet Republic surrounded by the Caucasus Mountains and the Caspian Sea. It’s one of the richest states of the Caucasus and as it is rich in its oil and international business. The country is popularly known for its historical places, hikes in mountains and forested area. 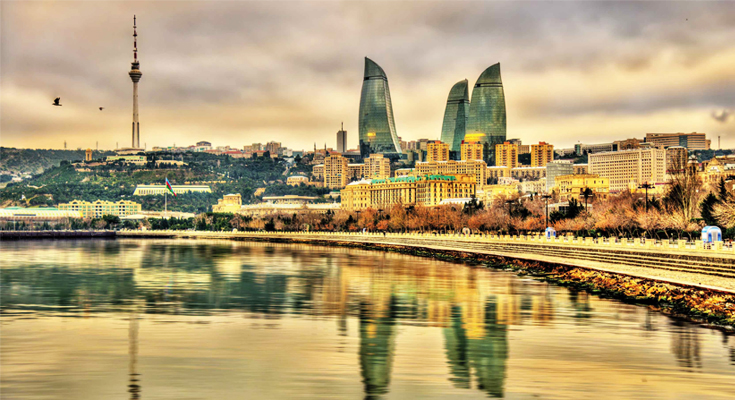 Georgia is a country which was the former Soviet Republic and lies at the intersection of Europe and Asia, It’s one of the countries which are the heart of the Caucasus and one of the Places to Visit in the Caucasus. The country’s diverse landscape ranging from the valleys, the peaks up to the Balck Sea attracts travellers to explore and see some of the best sites in the world. 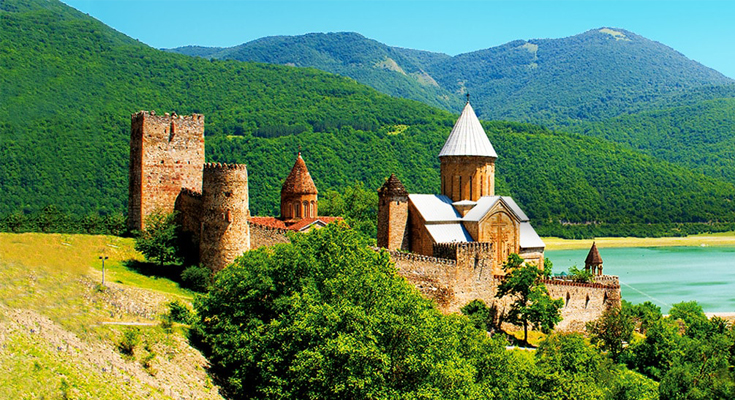 Russia is one of the world’s largest nations which offer a wide option of travel experience for all kinds of explorers. It is bordered by the European and Asian countries, and famous for its historical sites, snow-capped mountains, lakes, cultural activities and many others. One of the best things to do in the Caucasus is to visit Russia and enjoy the country like no other. 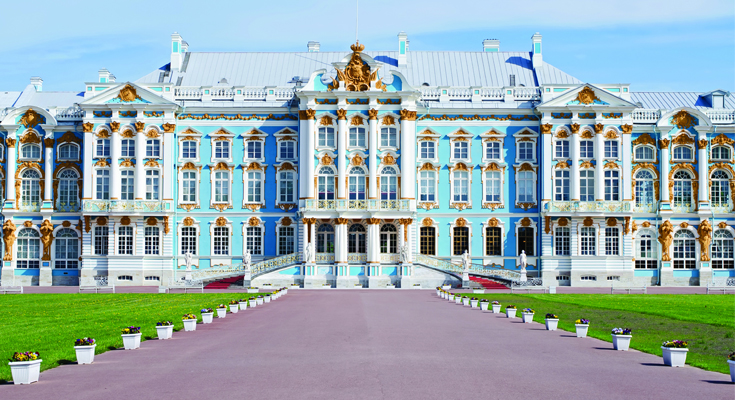 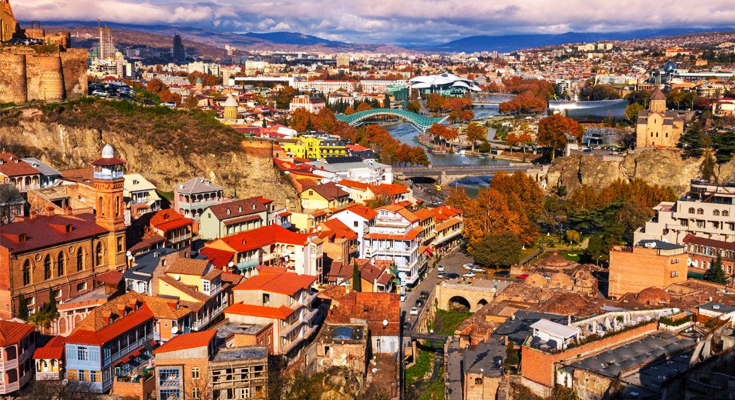 Tbilisi is the capital city of Georgia and located in between the Mtkvari River, and it’s been rebuilt around 29 times. If you are thinking of the places to visit in Caucasian Countries, then Tbilisi, Georgia will undoubtedly let you explore so much of the medieval and ancient attractions. Read More It is one of the second largest and oldest cities in Georgia located on the Black Coast. It was founded early and has its mention in the 4th century B.C. The country is beautiful and it’s surrounded by mountains all over its sides. Read More Baku is the capital city of Azerbaijan and the largest city in the Caucasus. Baku is divided into three main parts: the ancient city, the Soviet city and the new city. There are a number of important cultural sites to see and visit within the Baku’s walled fortress. Read More 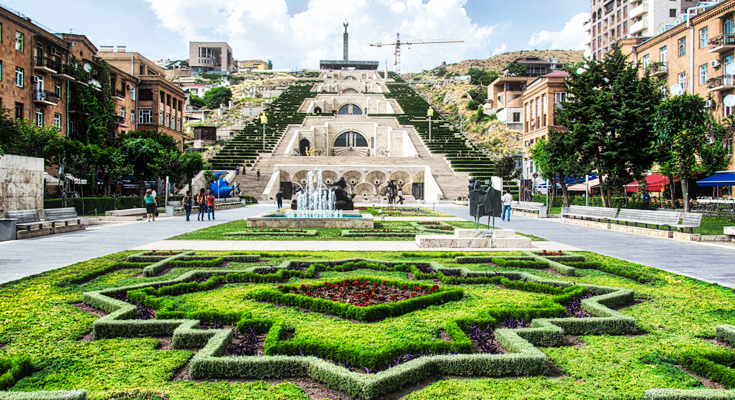 It’s the capital city of Armenia and of them the most important Caucasus Tourist Places. The country has undergone a massive reconstruction and the central part of the city is a symbol of Soviet architecture. Read More: Facts About Armenia 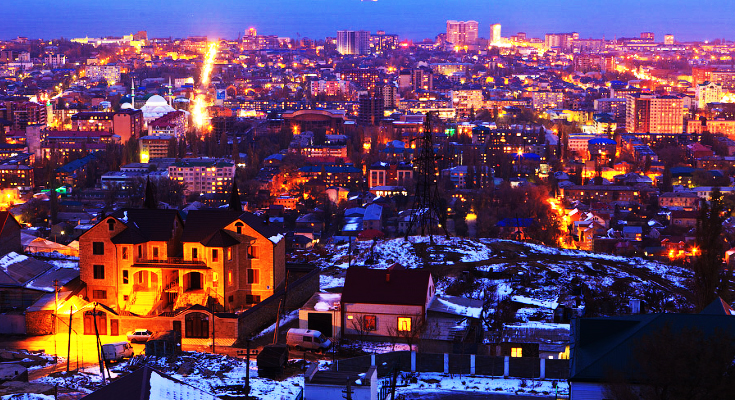 It’s the capital city of the Republic of Dagestan, Russia and divided into three parts from west to which are known as Kirovsky, Sovetsky and Leninsky. The climate here is very dry due to the rain shadow of the Caucasus which allows Siberian high to move freely into the region. Vladikavkaz is the capital city of the Republic of North Ossetia-Alania, Russia. It was formerly known as Dzaudzhikau and Ordzhonikidze located on the foothold of the Caucasus Mountains. While you are here you can visit the Mira Avenue, Terek River and many others. There’s a mountain road which leads to Dombai at the foot of the Caucasus mountain range. It is known as Teberda-Dombai road which passes by Kara-Kel Lake and a few kilometres of trail, it will lead you to the beautiful river of the area called Ullu Murudzhu. Khor Virap is a famous monastery and pilgrimage site located in Artashat plain in Armenia. The site was rebuilt many times and is one of the most visited pilgrimage sites in the country. Now, there are regular church services which are held in this church and in 1662, it was named as St. Astvatsatsin. Read More 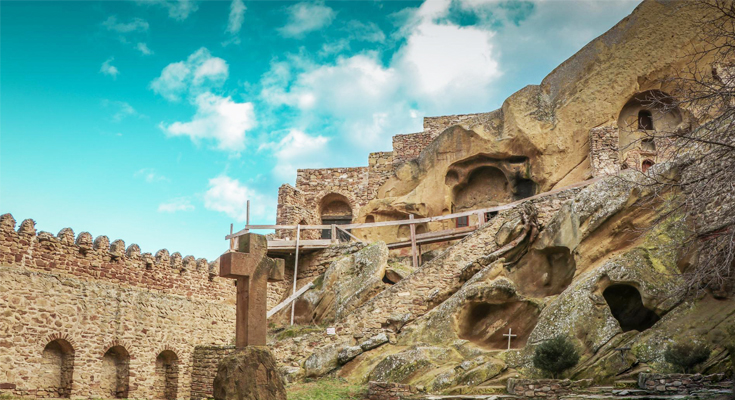 Davit Gareja Monastery is on the southeast of Tbilisi, Georgia's capital city and the complex includes the number of churches, cells, chapels etc. It was founded in the 6th century and it’s a home to much flora and fauna. Read More 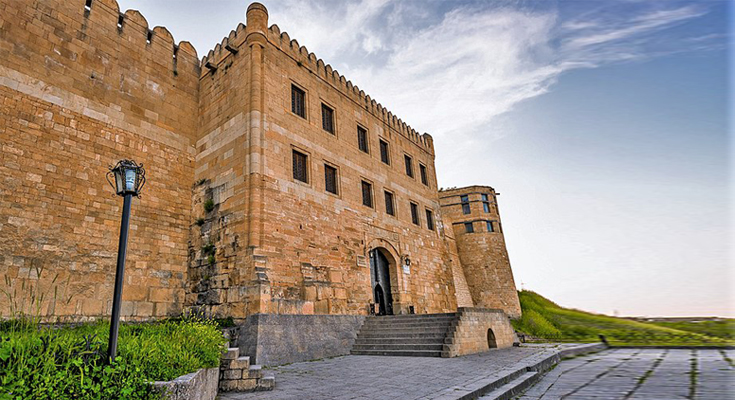 It was originally known as Caspian Gates though which is supposed to be a legendary barrier built by Alexander the Great. It was said he made the gates while in pursuit of Bessus. But, historically, these fortifications were built by the Parthians. It’s a dormant volcano in the Caucasus Mountains in Southern Russia. It’s considered to be the highest mountain in Europe and it’s the 10th most outstanding peak in the world. It has two summits which the west summit is 5,642 metres and the east summit is 5,621 metres. Read More