Plan your trip with our customized Central Asia tour packages

Your Gateway to Central Asia 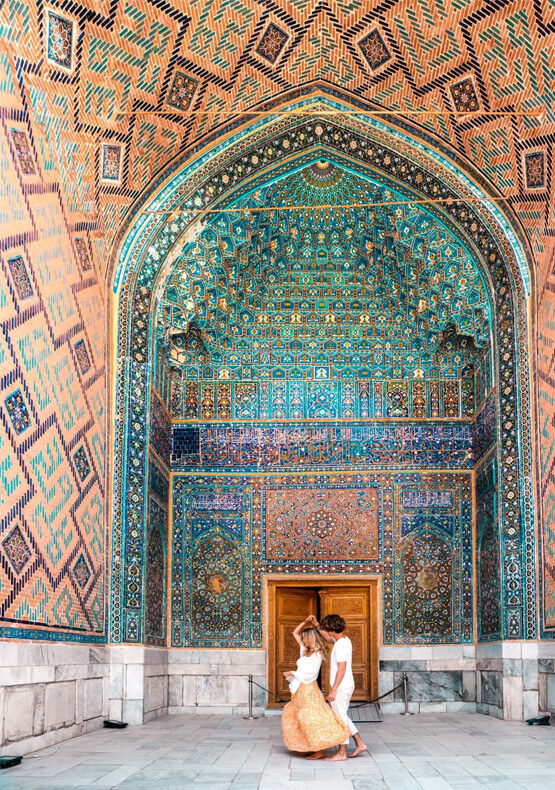 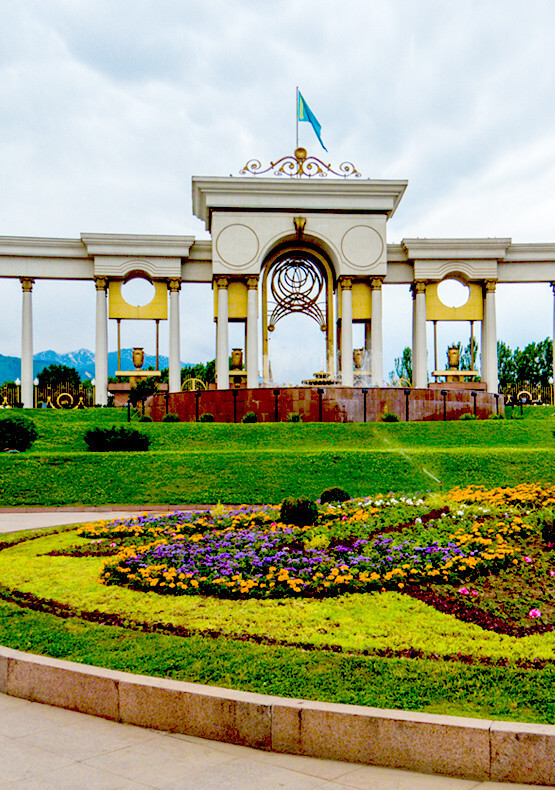 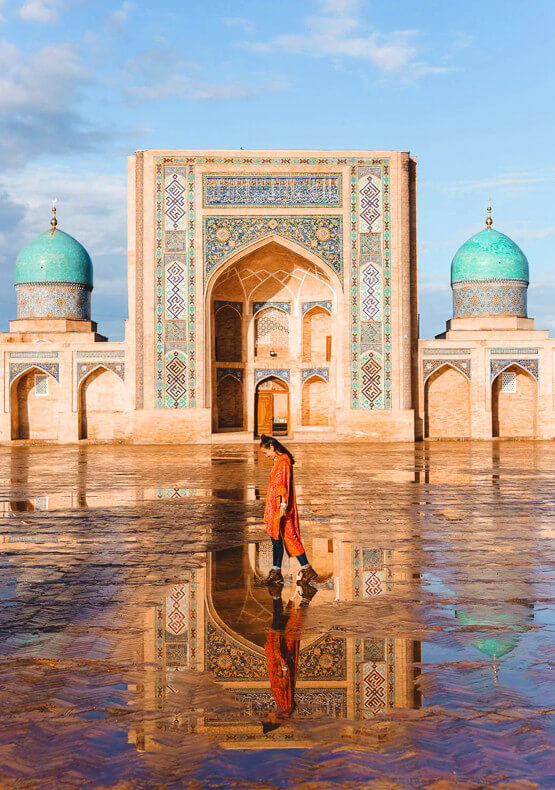 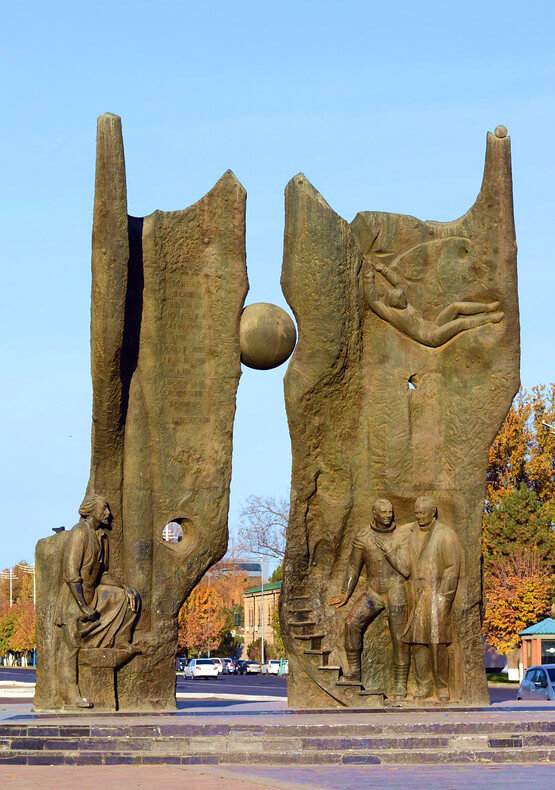 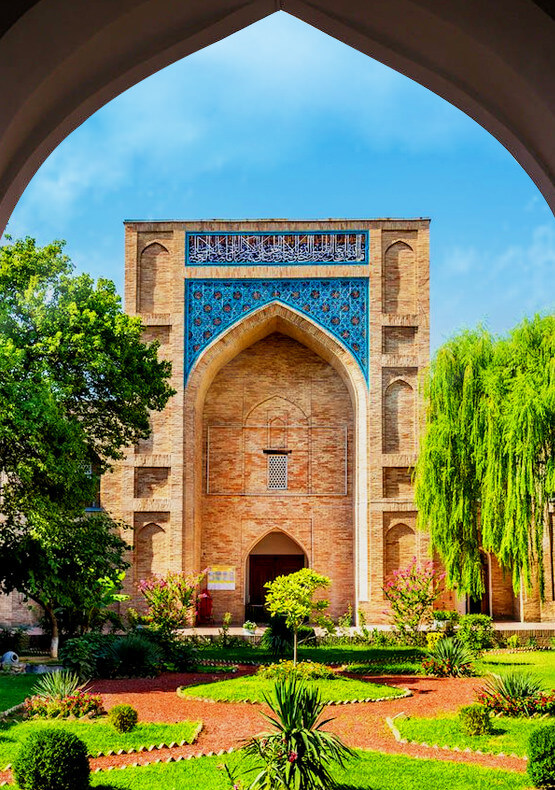 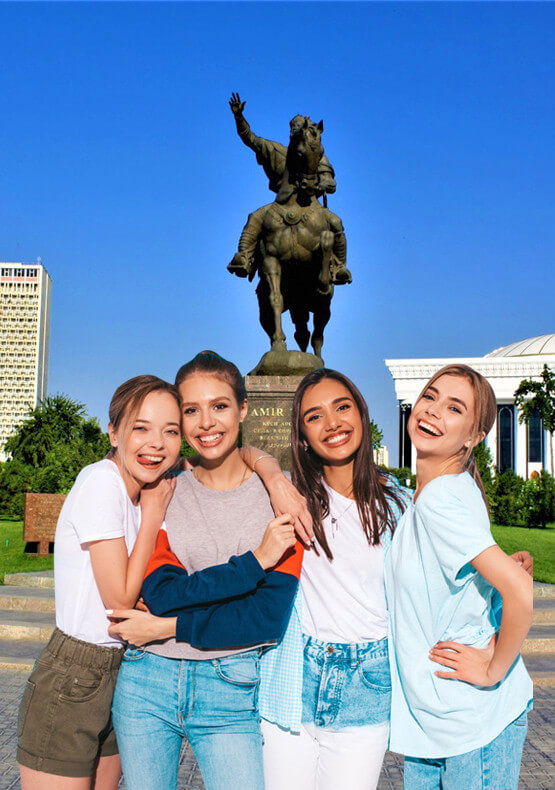 An all girl passage to Tashkent! 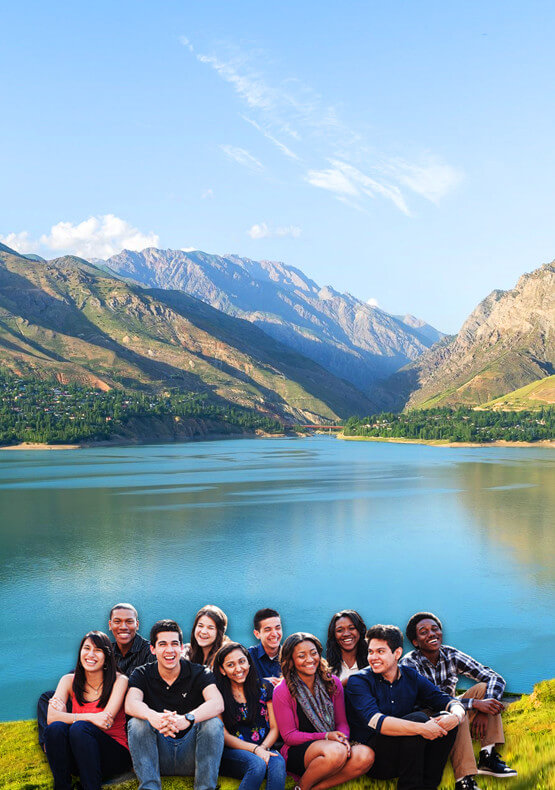 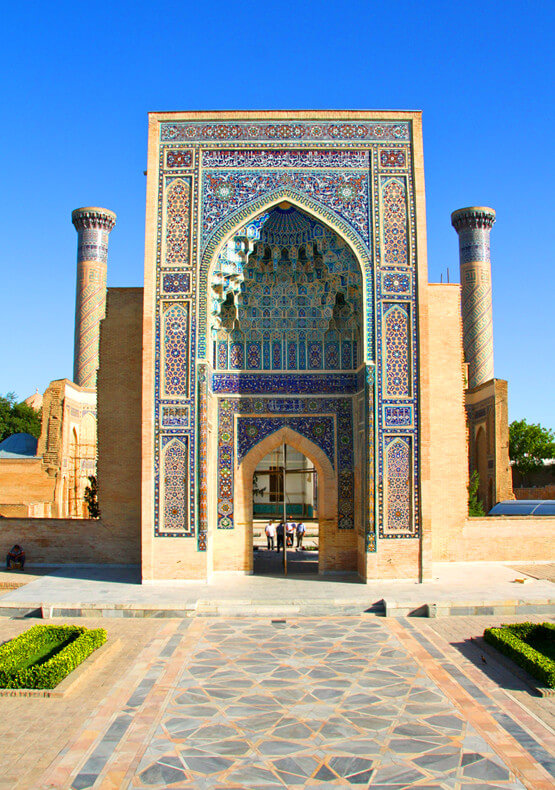 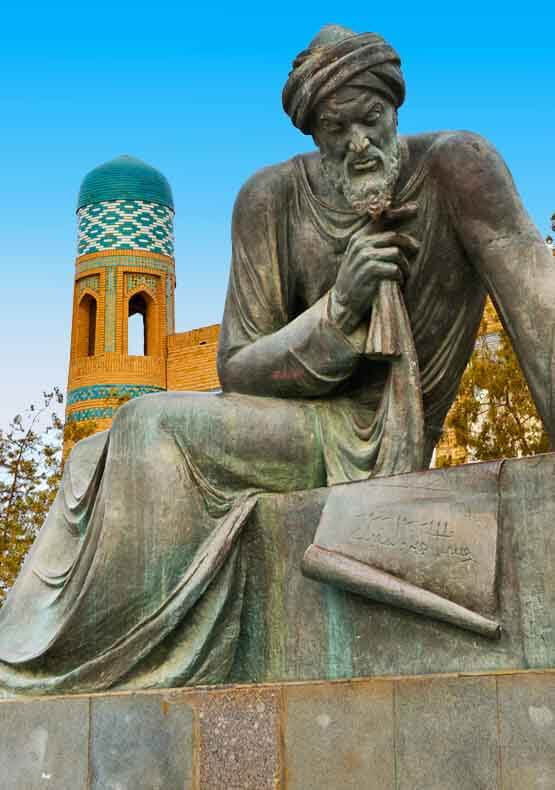 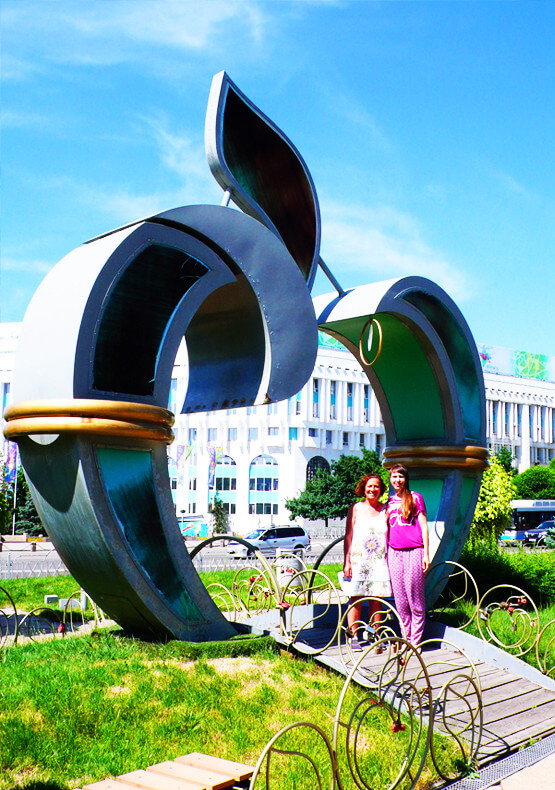 Almaty Tour: The city of Apples! 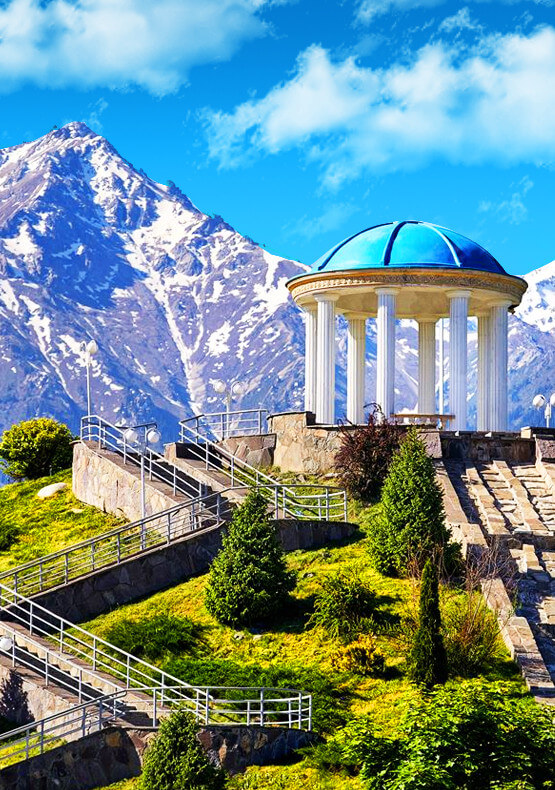 About Central Asia: An Overview

Extending from the Caspian Sea in the west to the border of central China in the east, southern Russia in the north to northern India in the south, Central Asia comprises of the central region of Asia. Occasionally it’s known as Middle Asia or Inner Asia, and is within the scope of the wider Eurasian continent.

Often it’s stated that Central Asia is historically close to its nomadic peoples and The Silk Road. Consequently, it has acted as a junction for the movement of people, goods and ideas between Europe, West Asia, South Asia, and East Asia.

Before and early Islamic times, Central Asia was primarily Iranian region that included sedentary Sogdians, Chorasmians and semi-nomadic Scythians, Alans, Tajiks, Pashtuns, Pamiris and other Iranian groups are still present in the region. In present perspective, the region consists of Kazakhstan, Kyrgyzstan, Tajikistan, Turkmenistan and Uzbekistan.

Uzbekistan is the pivotal attraction located at the very heart of Central Asia, the country of historical and cultural tourism. Tashkent, Samarkand, Bukhara, Khiva and Shakhrisabz that contains the country, contain most beautiful masterpieces of Central Asia.

Kazakhstan is the largest and economically developed country in Central Asia. Interestingly, modern Kazakhstan is the result of interaction of Russian and Islamic influence, oriental mentality and modern trends of globalization.

Kyrgyzstan is full of picturesque natural places. Over three-quarter is occupied by mountains, green plains, gorges and caves. Formed for centuries, Kyrgyzstan is still strong with its national traditions and nomadic customs.

The only Iranian-speaking state in Central Asia, modern Tajikistan has been formed under the influence of ancient customs of the Persians, Islam, neighboring Uzbekistan and Soviet Russia as well.

A special pride of the Turkmen is the country’s capital - Ashgabat, with unique architecture, sparkling day and night in the middle of desert as a symbol of Modern Turkmenistan.

Each country in Central Asia has maintained a strong national identity, bearing its own historical significance on the continued development of the region. Central Asia as a region was introduced by Prussian geographer, Alexander von Humboldt, in 1843. Due to geographical connections and cultural interrelations, his definition included Afghanistan and Western China. But the conflict throughout the 1800s between England and Tsarist Russia over control of the region, called The Great Game, resulted in the 1895 division of the territory of the Pamir mountain area.

The definition used by the United Nations Educational, Scientific, and Cultural Organization (UNESCO) is much broader than the political boundaries of the five post-Soviet Central Asian states. In June 22, 2014, thirty-three Silk Road sites from Kazakhstan, Kyrgyzstan, and China were inscribed into the UNESCO World Heritage List.

Central Asia is home to multiple types of climates. Ranging from vast plains to rugged mountains influence its weather patterns. Mountains block moisture-laden winds, hence dry climate. The southern third of Kazakhstan, western two-thirds of Uzbekistan and Turkmenistan and both the eastern and western thirds of Kyrgyzstan fall into the mid-latitude desert climate classification. Annual temperatures average below 64 degrees Fahrenheit and the mercury drops below freezing in winter.

The middle third of Kazakhstan, the western third of Turkmenistan and most of the western third of Uzbekistan are considered a steppe climate. Central and northern Kazakhstan, eastern Uzbekistan, central Kyrgyzstan and nearly all of Tajikistan has the humid continental climate. This area receives more precipitation than the rest of central Asia. Summer temperatures can be humid in the southern belt of this climate zone, but tend to remain cooler farther north with bitter winds and abundant snowfall. Of late disappearing glaciers to extreme weather events, climate change has many faces in Central Asia.

Over thousands of years of history, representing a wide mix of ethnicities and traditions, the countries of Central Asia have emerged from Soviet rule as autonomous nations.

Beyond the ancient archaeological treasures, there are gems of medieval Islamic architecture and wealth of UNESCO World Heritage sites, modern cities put together with traditional nomadic villages, camps and landscapes. The regions’ mountain ranges, mountain lakes and steppe and desert are home to snow leopards and nomadic herdsmen. Enhanced with traditional artefacts, music, dance, costume and handicrafts, silks, carpets, embroidery and jewellery, there exists a vivid understanding of the history, geography, language, culture and traditions of this centre of civilization.

Central Asia has a variety of spices, but its food and cuisine are not spicy, usually mild and uses fresh produce.  A meal without bread is considered incomplete in the region. A variety of bread is found, but the most common and popular one is a round shaped flat white bread. Many local salads, soups, and meals include a portion of additional herbs. Other herbs like basil, oregano, and rosemary are used less often in Central Asia. In Central Asia’s major bazaars a variety of Korean salads are found.  Soups are very popular, even on the hottest of summer days. They are very popular in mountainous regions of Tajikistan and Kyrgyzstan. There are around 200 varieties of plov. Besh Barmak is the national dish of Kyrgyzstan but can be found also in neighbouring countries. Shashlyk is a very popular meal in a region stretching from Central Asia to Eastern Europe and the Mediterranean. Fast food is widespread in Central Asia. It’s popular as tea-drinking and meat-eating destination. Kyrgyz and Kazakh people drink fermented horse milk.

Samarkand, Uzbekistan: Few cities sum up the allure of Samarkand. Mesmerising tile work, soaring blue domes and a huge sense of scale are found, including Tamerlane’s own resting place, the Gur Amir.

Bukhara, Uzbekistan: With its skyline of mosques, madrasahs and minarets, Bukhara is the Central Asian trading town.

Pamir Highway, Tajikistan: Pamir Highway is one of the world’s great mountain road trips that goes back over the routes of Marco Polo and 19th-century explorers by day, before overnight in remote Kyrgyz yurt camps.

Almaty, Kazakhstan: Central Asia’s most interesting city, Almaty is a leafy and cosmopolitan blend of Russian and Kazakh influences.

Merv, Turkmenistan: The ‘Queen of the World’ once ranked as one of the world’s largest cities TashRabat, Kyrgyzstan. High in the Tian Shan Mountains near the border with China lies this lovely caravanserai, as if one can almost hear the caravans unloading their bales of silk as they bed down their camels for the night.

Lake Song-Köl, Kyrgyzstan: Kyrgyzstan is all about yurts, horses and summer pastures, which makes it the perfect place to realize latent Genghis Khan Fantasies.

Great experience to explore the modern and historic capitals of five Central Asian states, discovering the cultural treasures and traditions of the nomadic people, crossed the region throughout centuries and settled in its cities. Travel the sprawling Soviet-styled cities of Almaty, Bishkek, and Dushanbe.

Explore the most famous sights of Kazakhstan, Uzbekistan, Kyrgyzstan, Tajikistan, and Turkmenistan. Taste local cuisine at the best restaurants, learn about history and culture from the best guides, and relax at the best hotels. Private tours are a great way to make a trip that fits ones needs, interests, and schedules, while scheduled Central Asia small group tours are the best value for money and introduction to fellow travelers from around the world.

Combine cultural highlights and natural beauty of Central Asia in one tour by visiting diverse capitals of all Central Asian countries. Enjoy the view at turquoise lakes of Tajikistan and alpine lakes of Kyrgyzstan. Marvel at Registan Square and other wonders of the ancient Samarkand. Camp beside the burning gas crater the “Gate of Hell” at Darvaza. Central Asia is a lively region, with master craftsmen, world-class scholars and a diverse population.

A visit to this part of the world is a journey of a life time. Central Asia has been beckoning travellers, traders, conquerors and scholars for over one millennia. From the beautiful Caspian Sea in the west to the steppes of Russia in the east, from mountains of Afghanistan to the oriental splendour of China in the east, the countries of Central Asia are laden with contrasting landscapes, diverse cultures and a treasure trove of fables and fantasies, evoking images of ancient trade routes. Uzbekistan, Kyrgyzstan, Tajikistan, Turkmenistan and Tajikistan are jewels in the crown of Central Asia with their stunning monuments and luxurious mosques. The trio of Georgia, Armenia and Azerbaijan are unexplored yet stunning.

Dook International, as leading tour operator for Central Asian Countries, is best in terms of services, costs and other facilities. Dook proved to be the best DMC for Central Asian Countries. It provides lowest cost packages. Our packages include: Return Airfare, Visa Support and LOI, Meals, Hotels (4* & 5*), sightseeing and city tour, all transfers so on and so forth.

Wherever you choose to travel with Dook International you can travel with confidence. The expertise of Dook International tour consultants and the knowledge and enthusiasm of the guides and local representatives enable you to be fully informed before you book travel. Dook believes that expert knowledge and excellent service should come as standard. It is also our policy to keep our prices as low as possible, to make high quality travel accessible to the largest number of people.

Central Asia has a continental climate, which means that the countries have cold winters and hot summers. Best time to travel Central Asia, greatly depends on your exact plans. If you would like to visit all five Stans, the end of summer and the beginning of autumn is the best time to go.