10 Best Places to Visit in Moscow

Moscow is one of the greatest cities in Europe. As the capital of Russia, it has great importance in the tourism market. This applies not only to religious tourists who want to visit one or more of its many monuments. Rather, it applies to a range of other tourists and travel enthusiasts who are keen on exploring the wonders of the city. If you are planning a trip to this wonderful city, then there are some spots which you must check out. Here is a list: 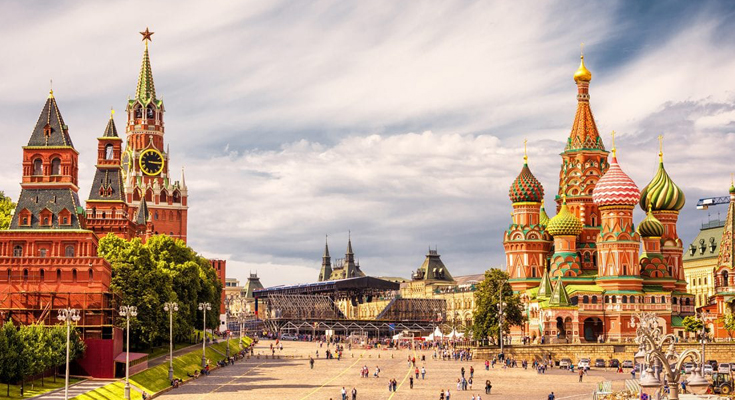 Moscow and the Kremlin go hand in hand like Paris and the Eiffel Tower. This massive and picturesque complex now serves as the headquarters of the Russian government. Yet, it has not lost any of its artistic beauty and charm because of that. On its own, the Kremlin is a massive tourist attraction. But when you add the historic Red Square, the iconic St. Basil’s Cathedral and the Kremlin’s own armory, you get an irresistible tourist attraction which has something for everyone.

Of course, there are plenty of ways you can spend time around the Kremlin. These range from shopping at the GUM to spending time in Zaryadye Park. So, this place becomes one of the best and most diverse Moscow tourist draws on every tourist itinerary. This also means that the entire area around the Kremlin is always populated with countless tourists. If you are travelling with a group, then this spot is particularly delightful and offers the best chances for group selfies. 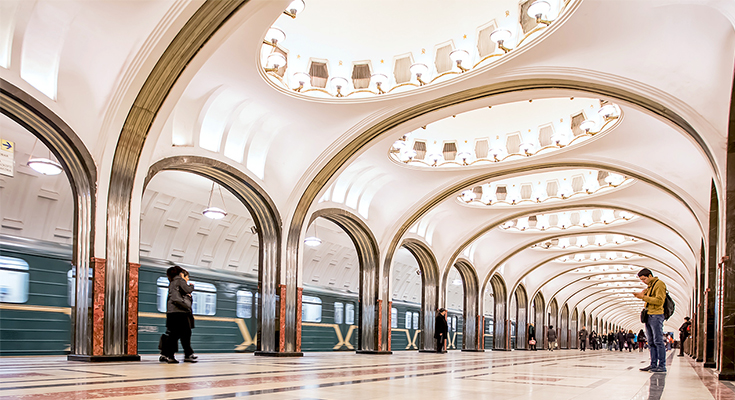 When most people picture the underground subway systems and their train stations, they imagine boring grey tile, glass and metal. This would be true for most metro station systems around the world. However, the Moscow subway is a delightful step away from the aesthetics of modern muted architecture. Wander into any Moscow subway and you are likely to find yourself in an otherworldly place. The picturesque old-world feel and sensibilities of the Metro have an identity of their own. They were the most expensive project undertaken by the Soviet Government and were completed in 1935. Since then, they have been an architectural and aesthetical marvel.

The Moscow metro is arguably one of the most beautiful underground commuter’s networks in the world. The roofing is inlaid with beautiful images from the nation’s past set against a magnificent faded gold wall color. This makes for one of the most beatific scenes in all of Moscow and you can be forgiven for getting a little to snap-happy with the selfies here. 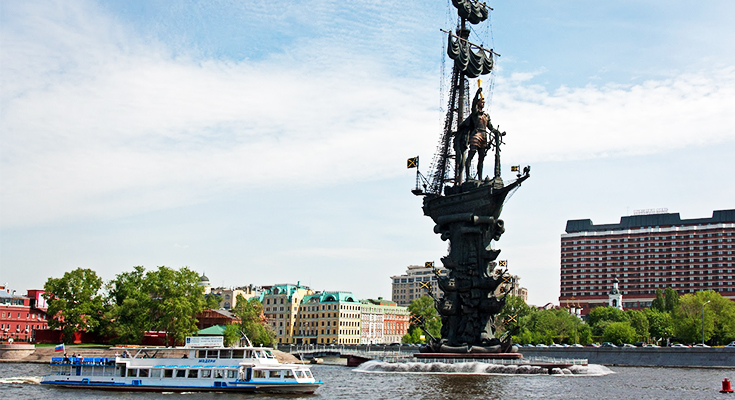 If Moscow has one iconic statue that towers in significance over others, then the Peter the Great Statue is it. Symbolizing the monumental life and works of Peter the Great, this statue is as stately as it is imposing. It stands taller than New York’s Statue of Liberty and has had Muscovites divided on its aesthetic beauty since it was first erected. Despite the polar views or passerbys, art critics and politicians alike, the statue has been a major tourist attraction.

Another great thing about the Peter the Great statue is that you can see it in many ways. While the statue is visible from land, you can also see it from the water and the air. Each one of these views can provide a unique, detailed and mesmerizing view of the statue. If you find yourself fascinated by the statue, then consider going for a boat or air ride. You will understand why this statue is one of the biggest Moscow tourists attractions on everyone’s list.

4. The VDNKh and Museum of Cosmonautics 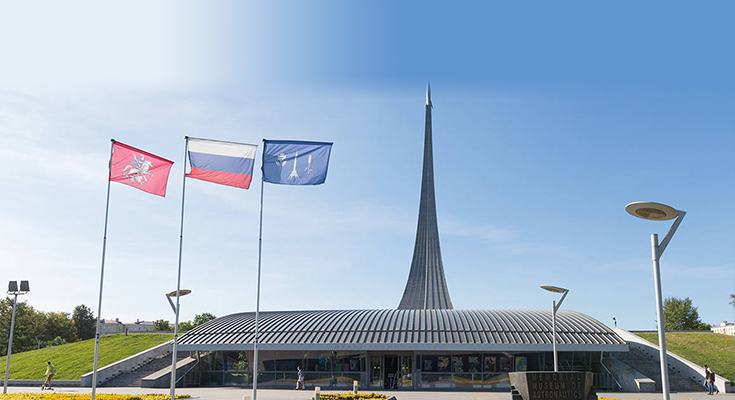 Russia was the first country to send a person, Colonel Yuri Gagarin, into space. 70 years from then, the Museum of Cosmonautics keeps the legacy of that monumental moment and all subsequent space missions. You can find a wealth of information on space missions and their historic value as well as their impact on Russia as a whole. For those interested in outer space, the Cosmonautics Museum is a must-visit when in Moscow.

The museum itself is situated in the VDNKh or the Exhibition of National Economic Achievements. It offers many delights to visitors, many of whom are tourists, all year round. The VDNKh hosts regular trade shows and other commercial events. You can also find an agricultural fair, shopping mart and street market. There are many things to do here aside from marvelling the fine architecture of the VDNKh buildings themselves. These can range from paintball to camel rides depending on the ongoing event. This makes the VDHNKh centre one of the most popular local tourist attractions in Moscow. 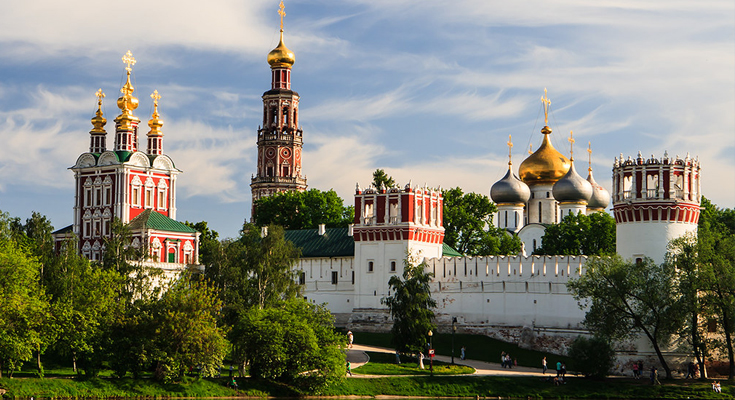 If you are an art lover, then the Novodevichy Convent will be a perfect place to visit for you. It was first established in the 16th and 17th century. Since then, it has been a monolith of Russian architectural marvellousness and achievement. The interiors of the convent are not less splendid and awe-inspiring. The hallways boast a rich décor which perfectly complements the plethora of paintings and artefacts it keeps on display. In total, the Novodevichy convent has above 12,000 items. These include old Russian paintings, items from precious metals and stones, fabrics from the 16th—20th centuries, liturgical items, and articles of clothing. These were made by celebrated artists and artisans in Russia’s past.

Aside from the stunning display items, the Convent also hosts the famous necropolis which contains the grave of the many Russian Tsars or kings. It also contains the graves of many other prominent Russians over the centuries and so, holds a prominent position in Russia. It is second only to the Kremlin necropolis. 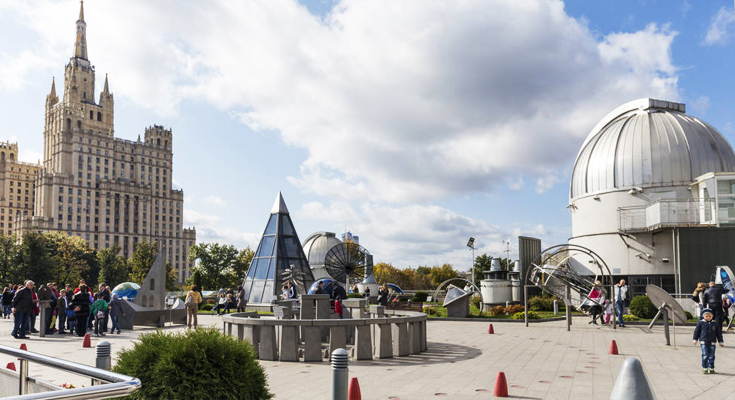 The Moscow zoo is one of the most iconic and historic locations in Russia. It holds the privilege of being among the oldest Zoological Parks in all of Europe. This gives it a prestigious status and among the most exquisite architecture in Zoological Parks. The first view of this architectural beauty is visible in the Zoo main entrance. Though it was erected in 1997, it perfectly complements the fairy-tale-like castles, towers and a waterfall. The zoo hosts an assortment of animals from big cats to a dolphinarium.

The Moscow Planetarium stands right along with the Zoo and has some marvellous sights for visitors. The Planetarium itself is a complex of smaller buildings including the Lunarium which hosts interactive exhibitions. Other major attractions here include the Museum of Urania, Sky Park and Big Star Hall. The Moscow Planetarium is also among the biggest in the world by sheer size. So, there is plenty to explore when you go there. 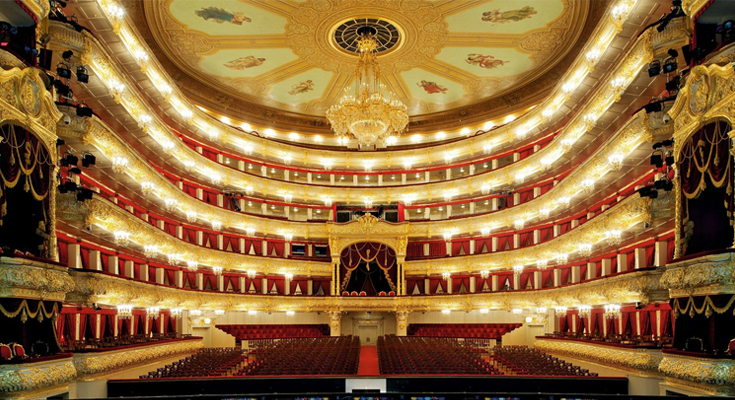 Another major tourist attraction close to the Kremlin, the famous and picturesque Theatre Square is a popular tourist attraction. These include the Bloshoi Theatre which sits next to the Maly Theatre and Russian Academic Youth Theatre (RAMT). Out of these, the Bolshoi Theatre perhaps best represents Russia and its rich arts heritage. It has a high admittance costs which vary by the Ballet or Opera group playing there. However, the experience is one-of-a-kind and should enthral performative art lovers and theatre enthusiasts.

Once you are done taking in the fine arts, you can head over to the TsUM. This shopping centre sits a few steps away from the Bolshoi Theatre and has some of the finest shopping destinations in Moscow. Designer labels and premier products are available here for shoppers and luxury shopping enthusiasts can shop till they drop here. Finally, Theatre Square also has a Denis Simachev Bar which has some exquisite gastronomic delights. 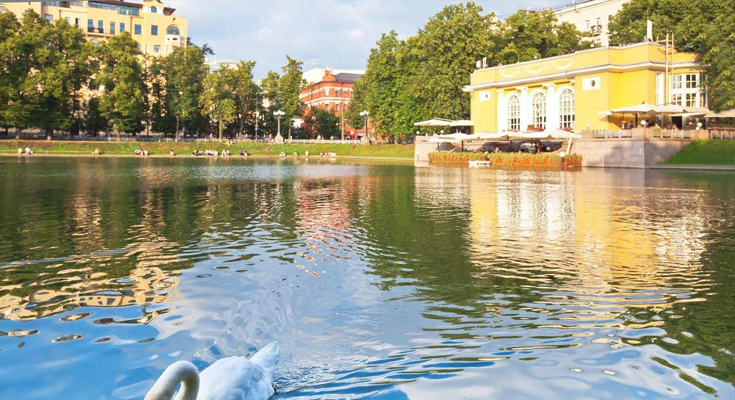 The Patriashiye Prudy is a famous place to visit in Moscow. The name stands for Patriarch’s Pond and less attractively “Goat Marsh”. The location gets its name from a nearby goat farm. This site was host to the Russian Orthodox Church in 1683 and during that time, the marsh was drained to create a fishery. Several ponds were dug up to create the fishery spots.

Near to the now magnifique lake sit a number of bars and restaurants which rate among the best food spots in Moscow. The Mikhail Bulgakov Museum is another popular destination as it hosts exhibits to one of Russia’s most popular romantic novels Master and Margarita. Another sculpture inspired by Mikhail Bulgakov’s literary characters stands next to the pond. 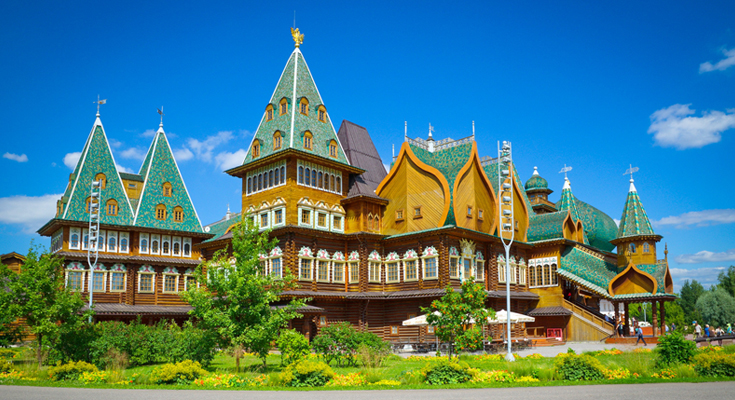 The Kolomenskoe Museum-Reserve is a place of fascinating historical heritage dating back to the 8th century. The lands around this site abound with historical legends and fairy tales of every kind. Among the most religiously significant sites of this area include the Church of the Ascension of the Lord. This church was constructed by Tsar Vasily III between 1529 and 1532. Further, there are two other important churches in the park. These are the Church of the Icon of Our Lady of Kazan and Beheading of St John the Baptist. These three local attractions make Kolomenskoe Museum-Reserve a prime tourist spot for both religious and casual tourists. 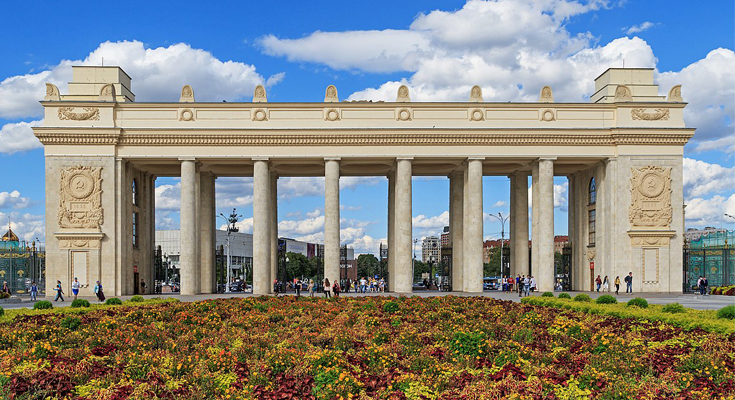 The final tourist destination on our list stands apart from others by sheer difference. The Gorky Park was established in 1928 in honor of Maxim Gorky, the celebrated Russian novelist. The park received a facelift recently in 2011 and now covers a total land area of 109 hectares. An estimated 20,000 visitors spend time at the Gorky Park every day. For tourists, this spot is a nice break away from the other more imposing and immersive monuments we have listed here. Both solo travellers and groups, including families, can enjoy a lazy day here. There are plenty of places to take a casual stroll with fellow travellers or loved ones. You can also spend the afternoon at one of the many cafes and restaurants found at Gorky Park.

Should You Plan a Trip to Moscow? 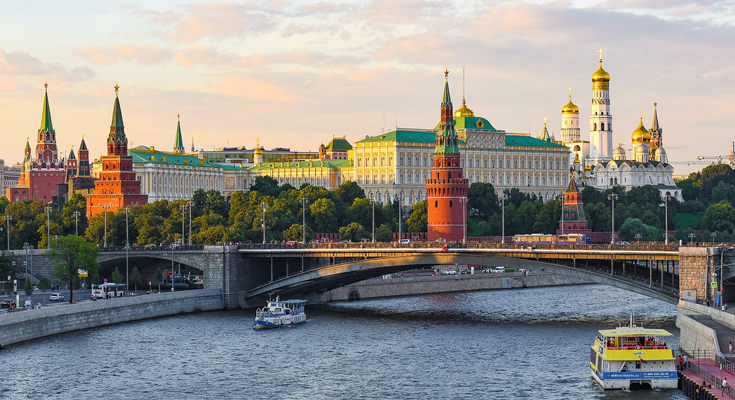 Moscow is one of the best places to visit at any time of the year. The 10 Places to Visit in Moscow we have mentioned here are only a few of the many. There are dozens of other amazing tourism spots you can visit in Moscow. Choose the right international travel company for your special trip. Dook International offers a wide range of tour options for all kinds of travellers. We can help you find the right fit easily based on your budget and needs. Contact us now!