Railways connect people, culture, trade, traditions and what not. Railways often are the crowning glory of the nations. As you travel in a train often the journey is romantic, adventure and fun. You get lot of great unforgettable moments in your pocket forever. The path, the people, the motion everything is unique element of a Railway journey. You always carry a story to tell at the end of it. Railway has got huge utility but is beyond just the transportation part. In one of our previous article we looked at Moscow Metro. In this article we will explore the journey of Trans-Siberian Railway.

Trans-Siberian is the longest railway line in the world. It connects Asia and Europe. The Trans-Siberian Railway is often associated with the main transcontinental Russian line that connects hundreds of large and small cities of the European and Asian parts of Russia. At 9259 km cover, it spans a record of seven time zones and takes 8 days to complete the journey. This is only third longest single line service in the world after Moscow - Pyongyang line which runs for 10267 km and Kiev - Vladivostok line which runs for 11085 km. Trans - Siberian railway reaches 3 countries Mongolia, China and North Korea. There are mainly 3 rail routes. First, The Trans - Siberian Proper goes from Moscow to the Pacific terminus of Vladivostok. Second, The Trans - Mongolian goes from Moscow to Beijing, China via Ulaanbaatar, Mongolia. Third route, The Trans - Manchurian travels through Siberia and Manchuria to Beijing. This longest uninterrupted train route in the world travels through different terrains. From forest to mountain, from dessert to steppe, it covers all, thrilling the travellers on the coaches.

The three termini of the Trans-Siberian are Moscow, Beijing and Vladivostok. Most travellers will need visas for all three countries except if you are going to Vladivostok or Sakhalin by Trans Siberian route without visiting any other countries apart Russia. The Russian train system is different from European systems. Order your tickets as soon as possible especially from July to September and around New Year. The train tickets are bought for fixed dates and all the stops must be planned in advance. There are multiple ways of buying tickets for the trip on Trans - Siberian lines. Purchase tickets from travel agency in your own country or from a travel agency in the country where from you will start your journey. You can also turn up yourself and buy tickets and buying online tickets is also an option for every traveller. Plan your journey as per the schedule of trains on Trans- Siberian lines as some trains run daily while some run on even dates or odd dates. Some other trains run only twice a week. 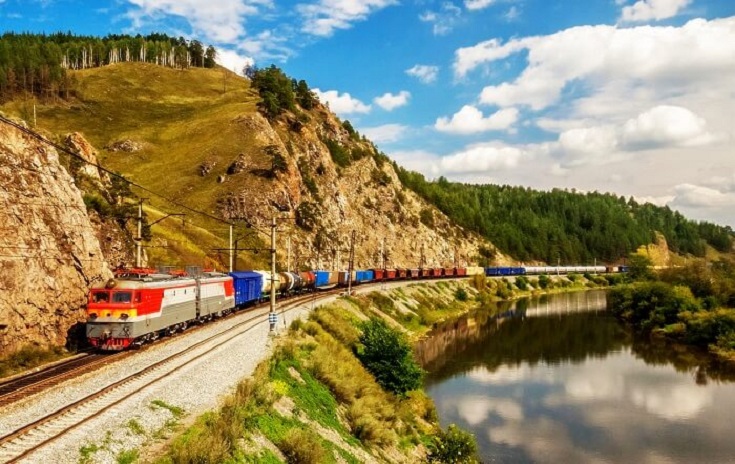 Well, Trans-Siberian Railway is still just one part of the massive Railway network of Russia. It connects Europe at one end and China on the other. Trans-Siberian is safe for everyone and you can go at any time of the year. Trans-Siberian Railway operates all round the year but the weather from May to September is best as it happens to be summer time here. In winters also there is no problem as the trains are warmly heated and the Siberian landscapes just look mesmerising in the snow. Tickets are also easily available in winters. The trains are good, coaches and births in sleeper and Ac classes are comfortable.

Now you can plan your trip to Trans-Siberian Railway and enjoy various stops during your journey. Your journey will be long so keep necessary stuffs with you so that your journey gets even more memorable.