Azerbaijan is a great tourist destination located at the crossroad of Western Asia and Eastern Europe. Azerbaijan is famously known as Land of fire also. The country has close association with fire. Fire often burst from the mountain and sea. This is because Azerbaijan has huge reserve of oil and natural gas. So the flames come up on the land also. There is this famous temple of fire in Baku as well. There is even the modern flame tower in Baku. So, fire has lot of importance in Azerbaijan. In this article we will see about Yanardag or Burning Mountain on the Caspian Sea near Baku, Azerbaijan. 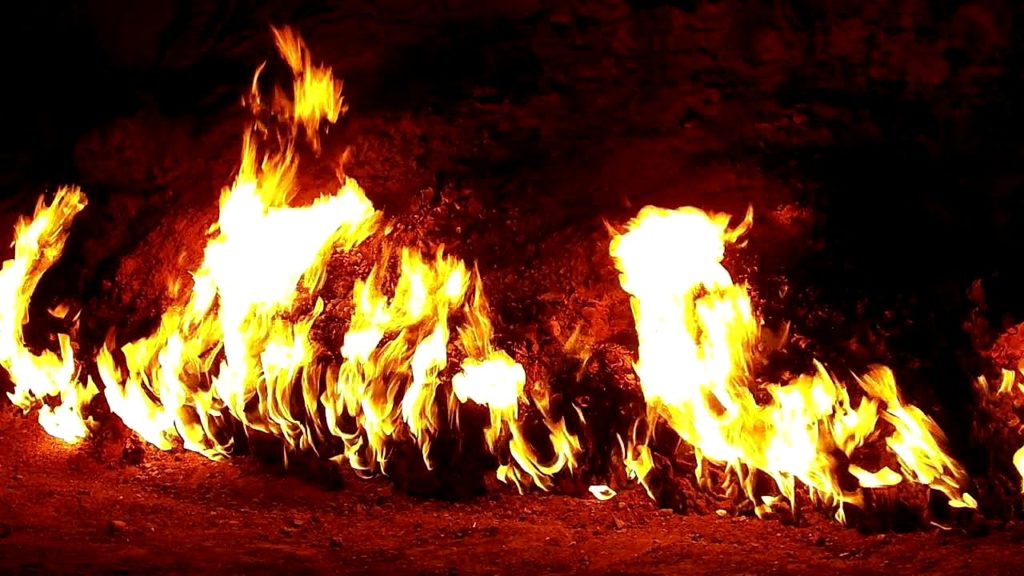 Yanardag also known as Burning mountain is a natural gas fire. This natural gas fire blazes continuously on a hillside on the Absheron Peninsula on the Caspian Sea 25 KM northeast of the Baku city. So, the Yanardag belongs to Absheron district in Azerbaijan. The flames from the Yanardag jet out at least 3 meters into the air from a thin porous sandstone layer. Because it gets a steady seep of gas from the subsurface so the flame from the Yanardag burns quite steadily. This burning mountain is different from nearby mud volcanoes of Lokbatan or Gobustan as Yanardag has no seepage of mud or liquid like mud volcanoes has and so mud volcanoes don’t burn as steadily as Yanardag does.

Yanardag is 116 meter hill located on the top of natural gas pocket causing continuous flame eruption. This is the nature of this burning mountain. The reason given for continuous eruption of flames is that hydrocarbon gases are emanating from below the earth’s surface which causes the fire. From the sides Yanardag offers spectacular view for the spectators especially at nights. However the people standing have to inhale smell of gas and thick air around this open fireplace. Heavy winds twist the flames into some bizarre shapes adding mystery to the region. There is this tongue of fire also rising from the surface of the streams located around the hill. These streams are popularly called Yanar Bulaq, or ‘Burning Spring’. 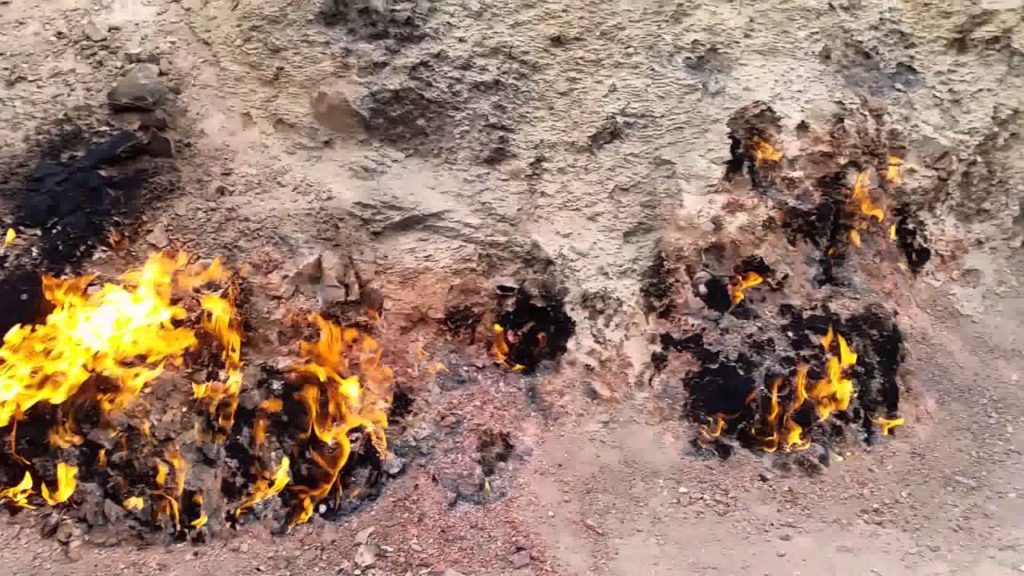 Though science gives explanation as to why there is this fire coming out continuously but locals still consider the mountain sacred and worship it. So, as a visitor you can enjoy the stories behind the Yanardag from the locals even if they don’t appear true to you. Earlier worshipers gathered from India, Iran and other parts of the world at the foot of the mountain and even today this place is considered a pilgrimage of Buddhists who believe in the sanctity of Yanrdag Mountain and they meditate at the foot of the hill.

Even today, both tourists and locals get amazed by the flames here. These natural fires have always inspired humans. They carry a cultural significance as they played a crucial role in the creation of faiths like Zoroastrianism, centered on ceremonial fire cults. Azerbaijan today has made Yanar Dag a protected site, with extensive archaeological studies being conducted in the area. You are highly advised to visit this amazing and mysterious place on your Azerbaijan Tour Package especially if are history and culture lovers and believe in mysteries and miracles.