Turkestan City: The Spiritual and Historical Centre of Kazakhstan

Turkestan is a city located in Kazakh desert in Kazakhstan. The city is about 1,500 years old which was made famous and known by a poet, Khoja Ahmed Yasawi. It is known for its archaeological sites, ancient mausoleums and intriguing human creations. There’s a very famous monument devoted to Ahmed Yasawi which is an architectural complex and visited by many tourists, especially by devotees. Back then, this place triple the visits and equal the pilgrimage to Mecca. The whole city is an ensemble of historical buildings and monuments including the Mausoleum of Rabiga-Sultan Begum, Mausoleum of Khoja Ahmed Yasawi, Hilvet Semi-Underground Mosque, the tomb of Robia Sultan Begim and many others.

1. Turkestan is a large education, cultural and industrial centre. 2. Khodhaz Akhmed Yasavi, a 12th-century poet lived in Turkestan. 3. It has a railway station on Orenburg. 4. One of Central Asia’s largest universities is in Turkestan. 5. The International Kazakh Turkish University named after Yasavi. 6. There are thirteen plant industries in Turkestan. 7. Turkestan has always been an important trading centre from the 4th century. 8. Its ancient name was Hazrat-e-Turkestan. 9. Turkestan was an important leaning place for the Kazakhs people. 10. In 1390, the tomb of Timur was built in Turkestan. 11. Turkestan is also a pilgrim place attracting many pilgrimages. 12. Turkestan is also popularly known as Second Mecca of the east. 13. Trains travel to Turkestan from Almaty. 14. In 2018, the south region of Kazakhstan was renamed to Turkistan. 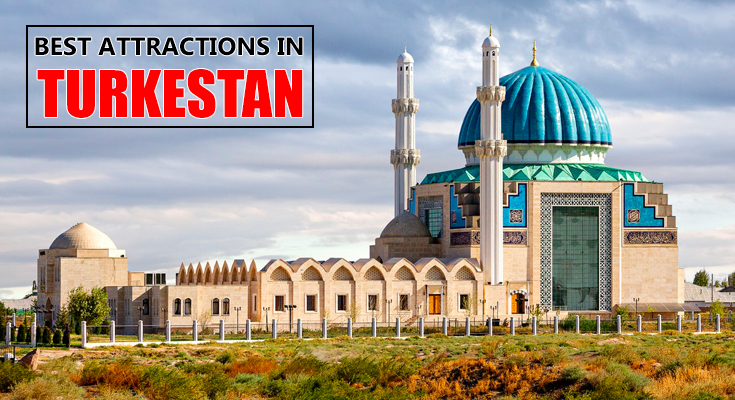 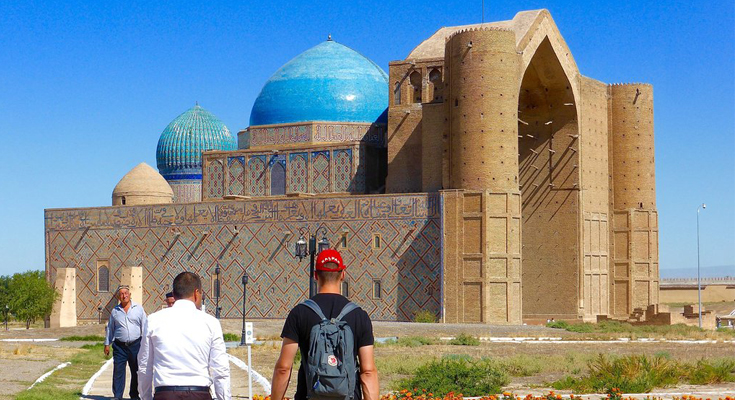 The Mausoleum of Khoja Ahmed Yasawi was built from 1389 to 1405 at the time when Timur was the ruler. It is one of the largest and best-preserved constructions during the period of Timur. It is situated in the north-eastern part of the city and the tiled mausoleum is astoundingly beautiful. The main room is covered with a dome above a vast metal for holy water. Behind the ornate wooden door lies the tomb of Yasaui’s tomb which can be viewed from the corridors through the grills on either side. 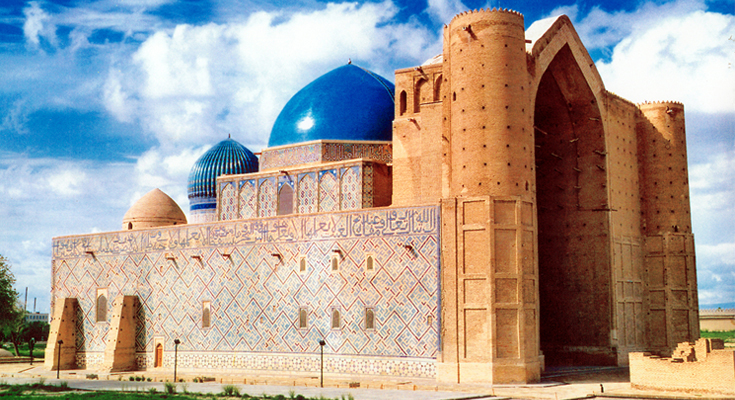 The museum exhibits a lot about the culture of Turkestan on its religion from the time of petroglyphs of the Kazakh nomads’ right up to the Nazarbayev homage. It has three floors with seven rooms of how the history of Turkestan was spread all over. There are English travel guides available which are excellent in explanation. 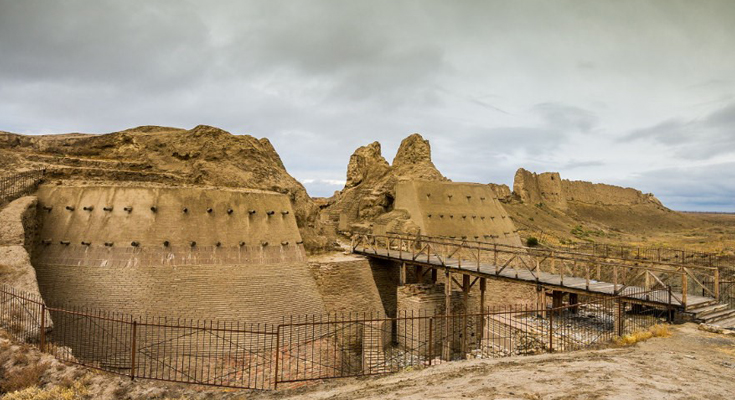 This is one of the most preserved ruins of all the Silk route cities which stand 48 km northwest of Turkestan. In the 14th century, it was the capital of Mongol White horde and was described to be an unpleasant city. There are some residential gates and buildings, remains of bastions, earth walls and still stand strong in spite of its historical destruction. 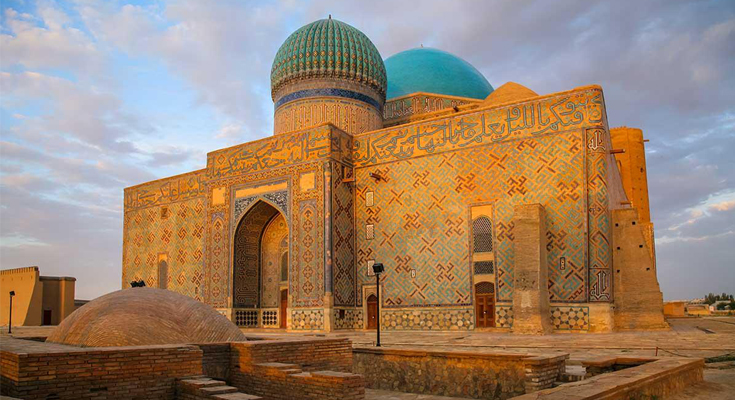 The underground mosque is located on a small hill within the Yasaui Mausoleum which was built during the 12th century and it was being used till the 22nd century. It’s a semi-underground mosque which was used for religious purpose and teachings. There are eighteen rooms in the museum with different functions in them and has up to 7 doors. 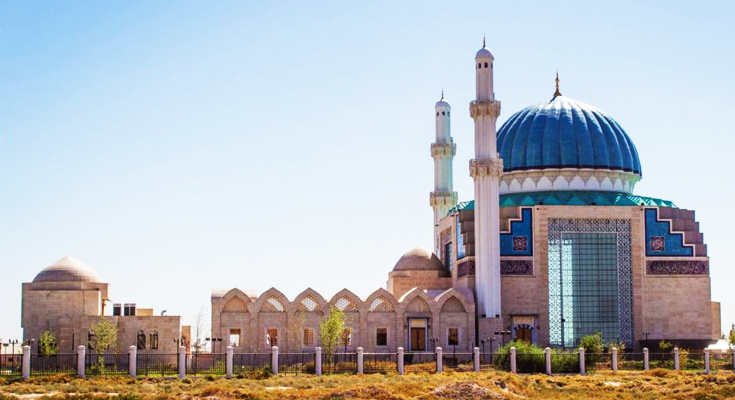 This is a 19th-century mosque is beautifully designed which exhibits some religious items and wooden mini bar which dates back to this time of the century when it was constructed. The way the wall is designed and the wooden corner shows that it dates back to the time of Yasaui. The museum is located and stands on the ground of Yasaui Mausoleum have a number of visitors as it showcases the historical and religious insights of the country. The museum mainly focuses on Yasauni, Islamic and Sufism learning. Inside the museum, there are displays on the paragon of Artisan Bab Mausoleum, Yasaui mausoleum and the underground museum.

Things to Eat in Turkestan 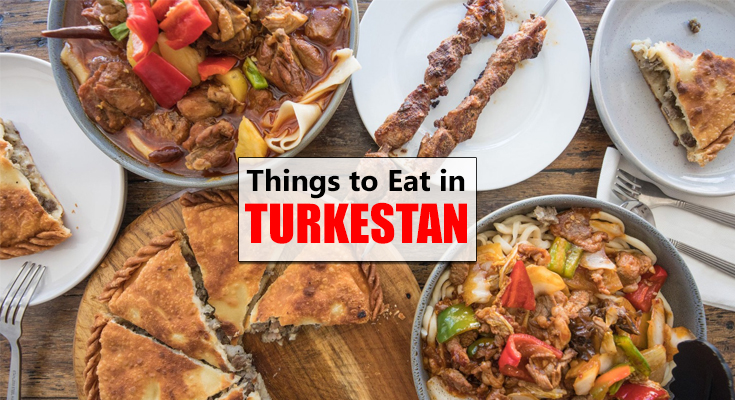 Edem restaurant is by far the best place to eat in Turkestan with great starters, mains, salads and desserts. It also a fine place to get some great sushi, pasta, shahlyk and beers. And, their draft beer is amazing; you should try the Shymkent beer. You can enjoy a good time here as the atmosphere as well as the food is good. Some of the cuisines in Turkestan are:

The nomad dish consists of onions, boiled meat, potatoes on flat noodles which was conferred on by the Russians. 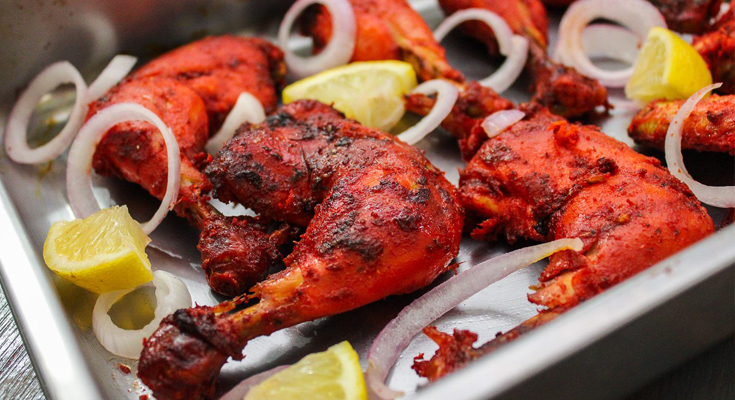 It’s a regional specialty of Turkestan made by cooking meat in a beard oven with vegetables and rice.

The dish is a version of the Persian dopiaza curry style but with less seasoned. It’s a typical food and favourable dishes of Turkestan.

The dish is very popular along the eastern border of the Turkestan. It is homemade spaghetti containing meat and different kinds of vegetables. 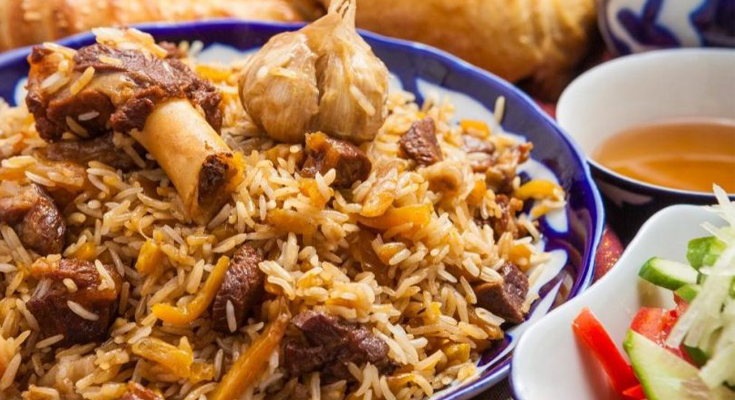 This is one of the most popular food of Turkestan which is a rich dish made with onions, raisins, carrots and a whole bulb of the garlic.

The soap dish is made in association with the celebration of the Navru festival containing milk, meat, flour, rice, grain and butter. 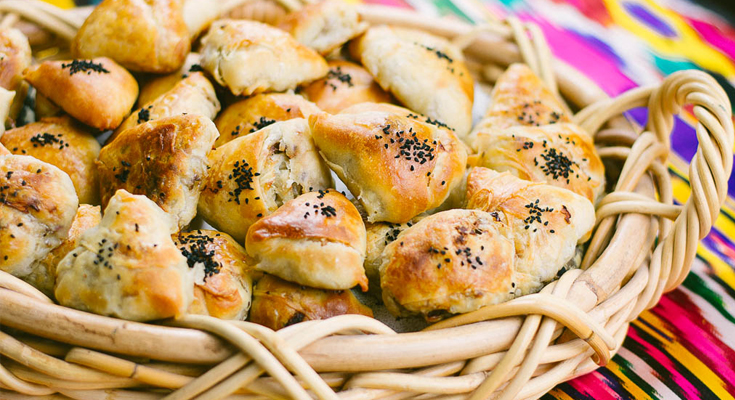 The pastry snack is made with stuffed meat, vegetables and onions and considered to a start dish of the city. 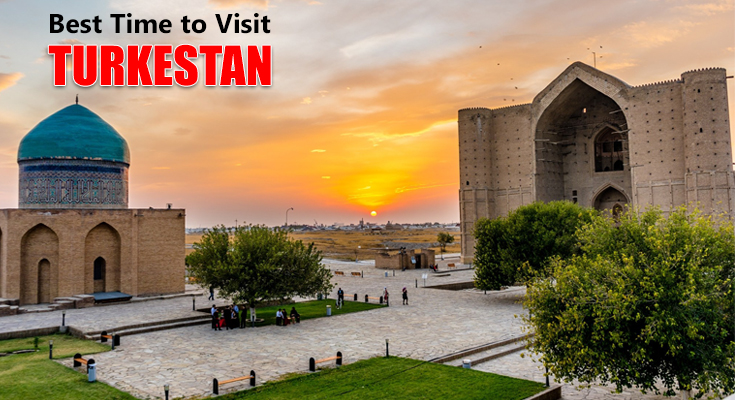