Quest to the Lost City: A Guide to Machu Picchu

Discovered only a century ago, the imposing stone city of the Machu Picchu is one of the most mystical and enigmatic destinations in the world.

Perched atop the foggy mountains of Aguas Calientes in the Peruvian Andes, the Incan citadel of Machu Picchu is on every traveller’s bucket list. Isolated for centuries, the well-preserved ruins are a UNESCO World Heritage Site. Since the Incas did not have a written language, the origins and the operations of the citadel remain a mystery. What is certain is that the Incas were a highly advanced civilization with extensive knowledge of astronomy, engineering, geography and other fields of study. Considered one of humanity’s most daring and mysterious engineering achievements, it is no wonder that the Machu Picchu features high on the most sought after destinations in the world. Even with the remote and inhospitable terrain, thousands of travellers flock to the Incan ruins every year. The Machu Picchu and the surrounding area attracts and captivates everyone from history buffs, nature lovers and adventure enthusiasts. 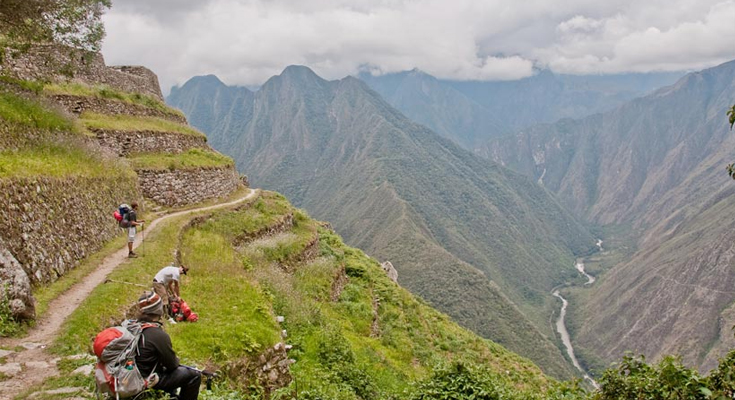 The original trail laid by the Incas from the Sacred Valley to Machu Picchu, is the most famous hike in South America. It takes four days to hike up to the citadel, though the total distance is a mere 39 km. Meandering around the mountains, high Andean passes and lush green forests giving you magnificent views of snow-capped mountains, and the Urubamba River. The trail connects several Incan archaeological sites in the Andes, such as the Intipunku or the Sacred City, the Guard House steps and the Temple of the Moon.

The hike of moderate difficulty and thousands of travelers climb this trail every year. Only 500 people are limited to the trail each day, so it’s a good idea to get your tickets at least 6 months prior to your visit. You can get your tickets through the official government website or from a travel agency operating in the area. Tickets are not available on arrival. 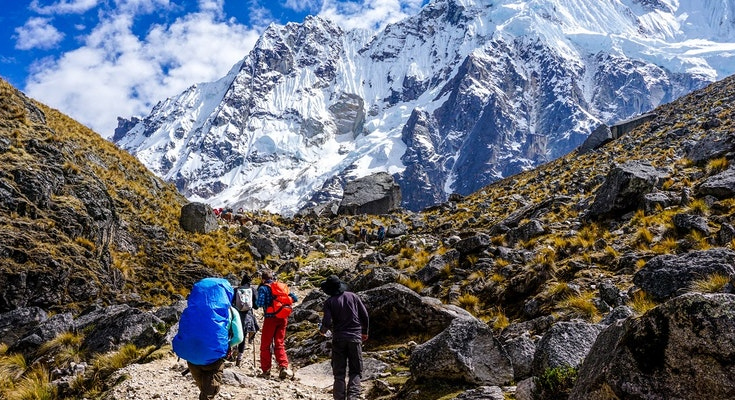 A lesser crowded but more challenging hike, the Salkantay trail is for hardcore adventure junkies. Rich in geography, culture and mystic, the trail takes you through incredible natural areas with breathtaking scenery, amazing wildlife, and various Incan archeological wonders. The trail starts at Mollepata, about 100 kms from Cusco. It takes you to the highest peaks of the Humantay Mountain and the hot springs of Cocalmayo. You also go through the Salkantay Pass or Apacheta, which is the highest point of the trek at 4580 and meet local communities on the way. Names among the best 25 treks in the world by National Geographic, the Salkantay trail does not require a permit. Being relatively less crowded, the booking criteria are also not as stringent as that of the Inca trail and most travellers book their tickets one week in advance. The Incan sites of Llactapata and Machu Picchu fall on the trail itself, but you can easily visit the other Incan sites from Aguas Calientes, the end of the trail. Because of lesser crowds, natural wonders and the chance to socialize with the friendly Peruvian people, the Salkantay is becoming very popular among tourists who are not scared of the gruelling 5-day trek. 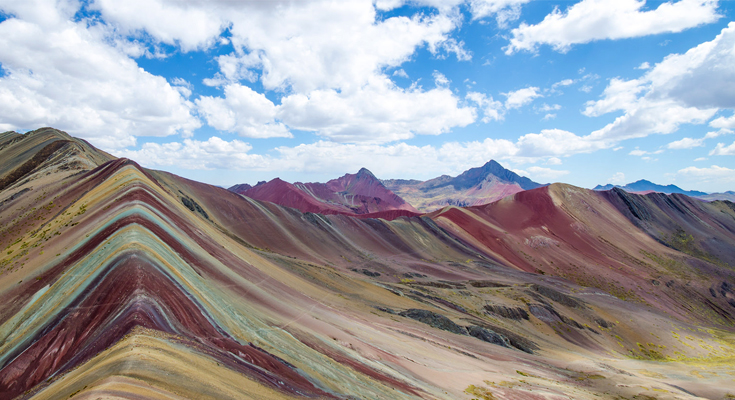 The Ausangate Mountain is considered a holy mountain by the Peruvian people and has been a place of worship since the pre-Incan times. This is also one trek in the region where you can ride a horse instead of hiking. It passes through several high passes above 5000m and is considered a fairly difficult trek. This hike is not recommended for first-time trekkers and you need good stamina as there are many steep sections and altitude changes. You get a glimpse of the local wildlife including condors, bobcats and pumas and have the option to camp by one of the magnificent lakes along the way. While the trek typically takes 6 days, you can opt for a ‘lodge trek’, where you stay in local huts and engage with the locals. Unlike the other trails in the region, this one not about the Incan sites but the beautiful landscape of the mountains.

No permits are required for this hike either, and you can get tickets one or two weeks prior to your visit. 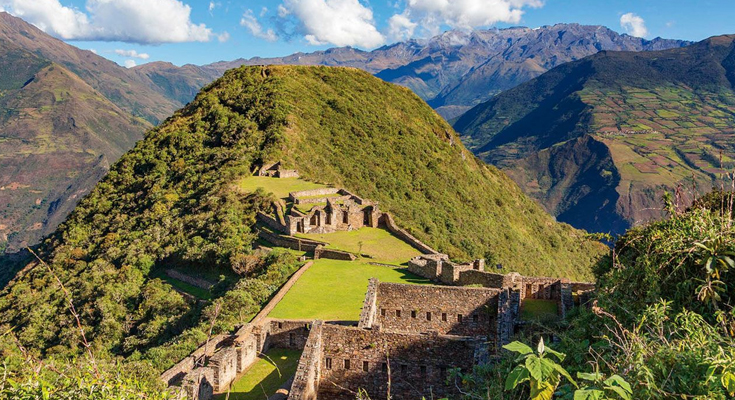 Set high in the Quriwayrachina leading to the Choquequirao Archaeological site, this trek is not for the faint of heart. You pass through the steep Apurimac Canyon, descend the Sacred valley and hike back up the other side. You will also face several altering microclimates along the way. With breathtaking views of the Andes range, the ruins of the Choquequirao are often touted as the new Machu Picchu. Built around the same time as Machu Picchu, the only way to reach the hilltop city is on foot.

Permits are not required for this trek, but it is meant for serious hikers only. A cable car is being constructed along the trail by the Peruvian government because of the rising popularity of the trail. The Choquequirao Complex is also well preserved, with about 40% of it being excavated. Similar in structure to the Machu Picchu, the complex is much harder to reach. While the location of the complex is not as dramatic as that of the Machu Picchu, the views of the valley and the mountains are stunning, especially at sunset. The entire 64 km trek takes about 4 to 5 days. The trail starts at an altitude of 2,900m and peaks at 3,050m. 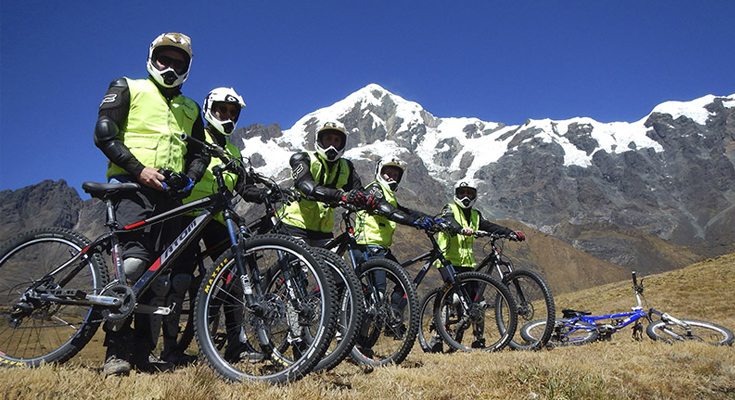 The easiest among all the trails in the area, travellers also partake in a variety of other activities such as downhill biking, whitewater rafting, jungle trekking and zip-lining. Unlike the other trails, accommodation is available at hostels or homestays along the way and you spend one night at the Aguas Calientes. This trek is perfect for families, beginner trekkers, and adventure sports enthusiasts. It takes 3-4 days to complete the trek, and it ends with a visit to Machu Picchu. The trail takes you through the Abra Malaga Pass at a height of 4,316m, which is the highest point of the trek. The trail passes by several coffee, cocoa and fruit plantations and the Cocalmayo hot springs. 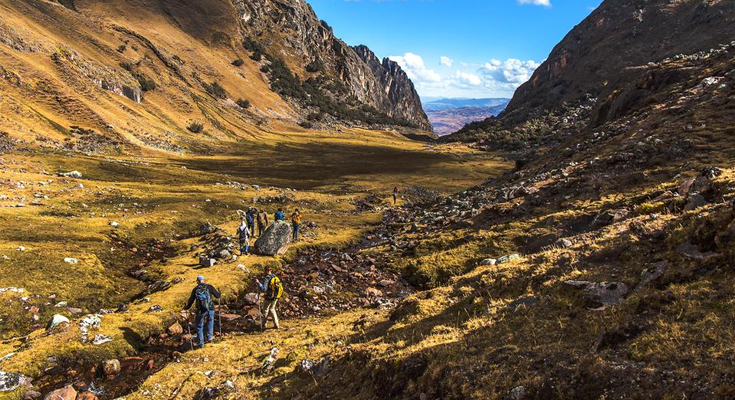 The Lares Trail, starting at the town of Lares, is a relatively undiscovered trail in the Cusco region. This trail is apt for those who want to escape into the wilderness. This trail takes you to the Lares Lake, from where you can take a train to Machu Picchu, one of the most breathtaking train journeys in the world. Due to the remoteness of the trail, you feel you have the entire Andes to yourself and you can engage with the various local communities you come across. All along the trek, you experience spectacular vistas of the Lares Valley, home to indigenous Andean communities. You will come across traditional weavers and farmers in colorful attires and can also partake in weaving activities. At night, you camp under clear starry skies and if you’re lucky, might even get a glimpse of the milky way. Being a remote and untraversed route, this trail does not require permits.

When to Visit Machu Picchu

While the ruins are open all year round, it can rain anytime. The months between July and October are the peak time at Machu Picchu. The weather is dry and pleasant. Brace for sizable crowds if you’re planning to visit during this time.

The rainy season stretches from October to April, marked by relentless downpours and muddy trails. The Incan trail is also closed off for maintenance every February. If you want to avoid enormous crowds while risking little rainfall, visit Machu Picchu during the months of April to June. 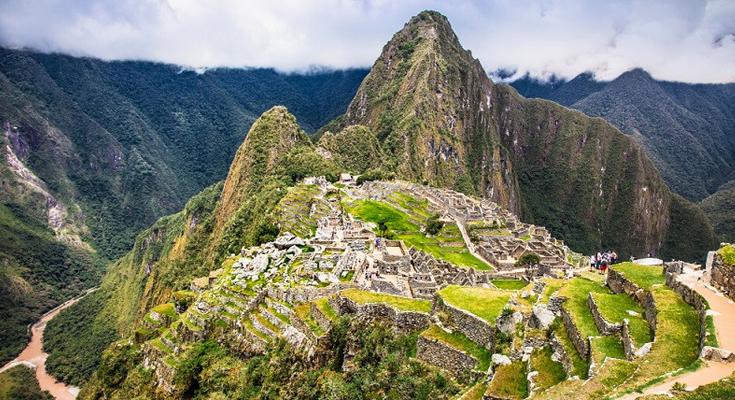 How to Reach Machu Picchu

Most travellers start their journey to Machu Picchu from the capital city of Lima. The closest city to Machu Picchu is the city of Cusco. There are frequent flights between Lima and Cusco. You can either transfer directly to a Cusco flight or explore Lima before heading to the lost cities of the Incas. There are reliable train services from Cusco to Aguas Calientes, which is considered a base for exploring the ruins and hiking the several trails meandering around the area. The train ride up to Aguas Calientes is rated one of the best train journeys in the world according to tourists over the years. It takes five hours from Cusco and travels along the Urubamba River. Trains also ply from all other major cities of Peru such as Lima, Ayacucho and Juliaca.

Driving around the Urubamba Valley is not an option and bus and taxi services ply as far as the town of Ollantaytambo, at the foot of the trails. You can rent a car to explore the area but cannot drive up the mountains.

Once there, the best way to explore the land of the Incas is on foot. While there are options such as bicycles and horses on several trails, most trails in the region are only traversable on foot. There are special provisions for the elderly and the ones needing special help, such as a service for those on wheelchairs.

Where to Stay Around Machu Picchu 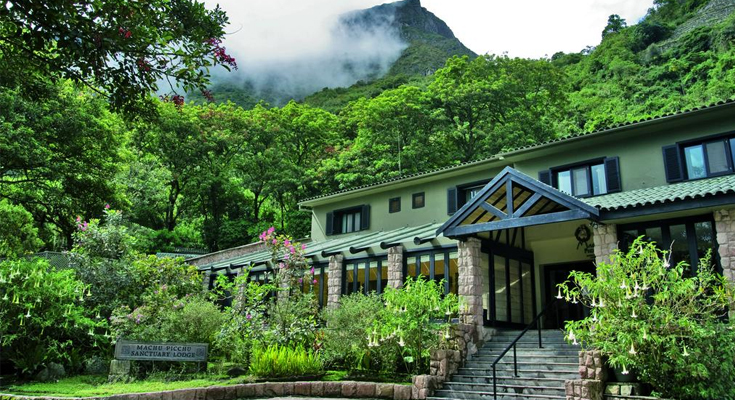 There are various hostels, homestays and hotels dotted around Cusco, the capital of the Incan empire. The Aguas Calientes is seen as a base for exploring the Incan ruins of the Andes and has a number of accommodation options for every budget. Filled with hostels and homestays, the Aguas Calientes also has several eateries serving up delectable Peruvian dishes.

No matter where you are travelling from, you need to get acclimated to the high altitudes. There are a very few places to rest before you reach Aguas Calientes and walking sticks are strictly forbidden, except for the elderly. Do not burn all your energy at once and drink plenty of water. It is also recommended to spend a day at Aguas Calientes before setting out for the ruins to get yourself used to the thinner air. Altitude sickness is a very common ailment among visitors and typically has symptoms such as headaches, fatigue and nausea. Comfortable hiking shoes and mosquito repellents are a must-pack for this trip. You should also carry enough local currency so you can buy water and snacks from the local shops along the way. Eating and drinking are strictly forbidden within the ruins and make sure you take your trash with you.