5 Tashkent Tourist Spots in The Heart of The City

The Palace of International Forums ‘Uzbekistan’ is one of the main Tashkent tourist spots today. It stands on Amir Temur Square in the very center of Tashkent city. The palace is considered the country’s most significant representative building. This truly spectacular palace was ceremonially opened in September 2009 celebrating Tashkent’s 2200th anniversary.

You will find that the palace has classical external elements making it appear amazing and in the interiors you go through the extensively glazed facade. The main foyer has a ceiling height of over 16 meters and an area of 2,500 square meters.  The main attraction here is the extravagant chandelier with 1.1 million Swarovski crystals. You can see the floating staircase in this grandeur open floor plan of the foyer. 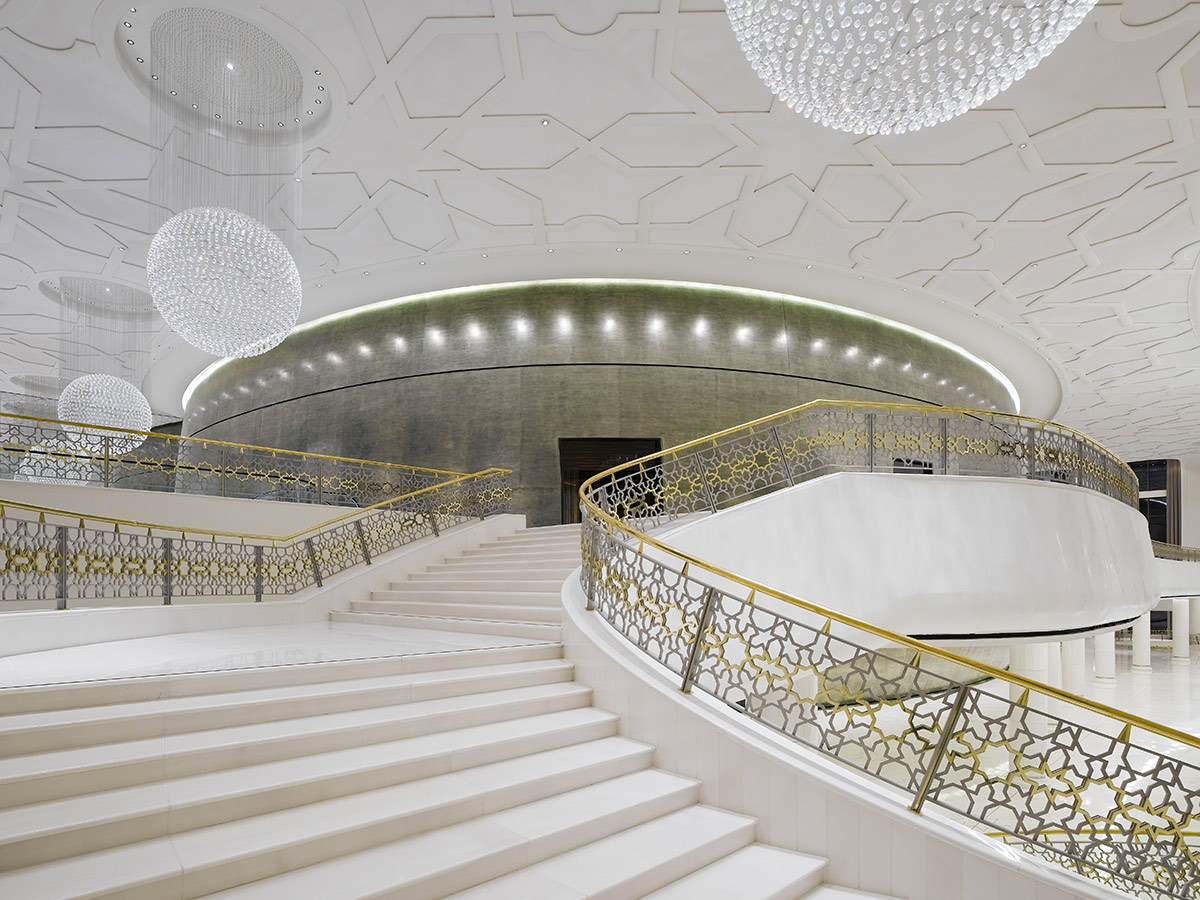 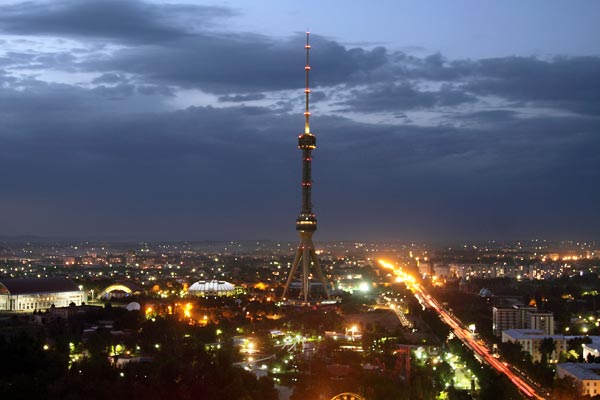 This is another tourist spot in Tashkent’s center near Amir Temur square. This is Saligokh Street, locally known as Broadway. The Broadway in fact connects the two main squares Amir Temur square and Independence Square in Tashkent city. This is also one of the greenest parks here covering huge area with lots of trees and fountains. 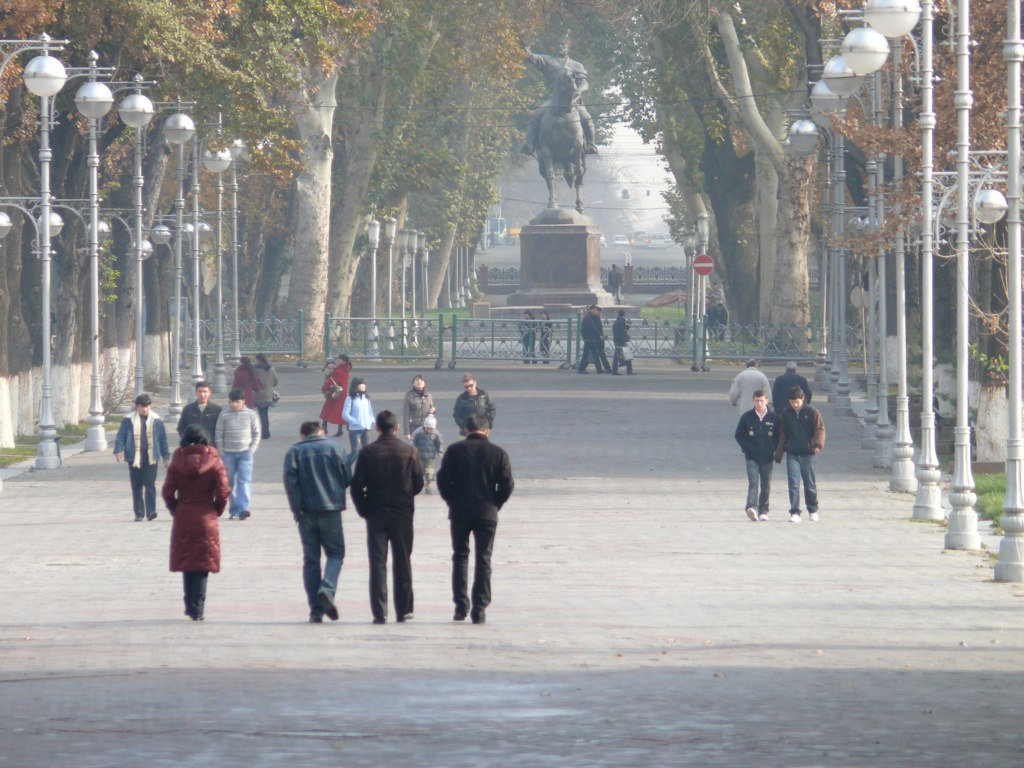 Tashkent clock tower is one of the symbols of Tashkent. This tower in the center of the city was opened in 1947 on the eve of second anniversary of Victory Day. The tower has big chimes. The clock tower has an interesting story about how it came to Tashkent. Ayzenshteyn, a watch maker and resident of Tashkent brought the tower clock mechanism. He brought it from Germany after the 2nd world war as a trophy. This clock actually hung on the tower of City Hall in the city Allenstein in East Prussia. When city hall was destroyed, fortunately the mechanism of clock remained. Then Ayzenshteyn submitted an idea to build for the clock tower in Tashkent and this was accepted by the City Administration. After that a competition was announce that included various projects for the town clock tower to be built and first clock tower was erected then as per the winner of the project. 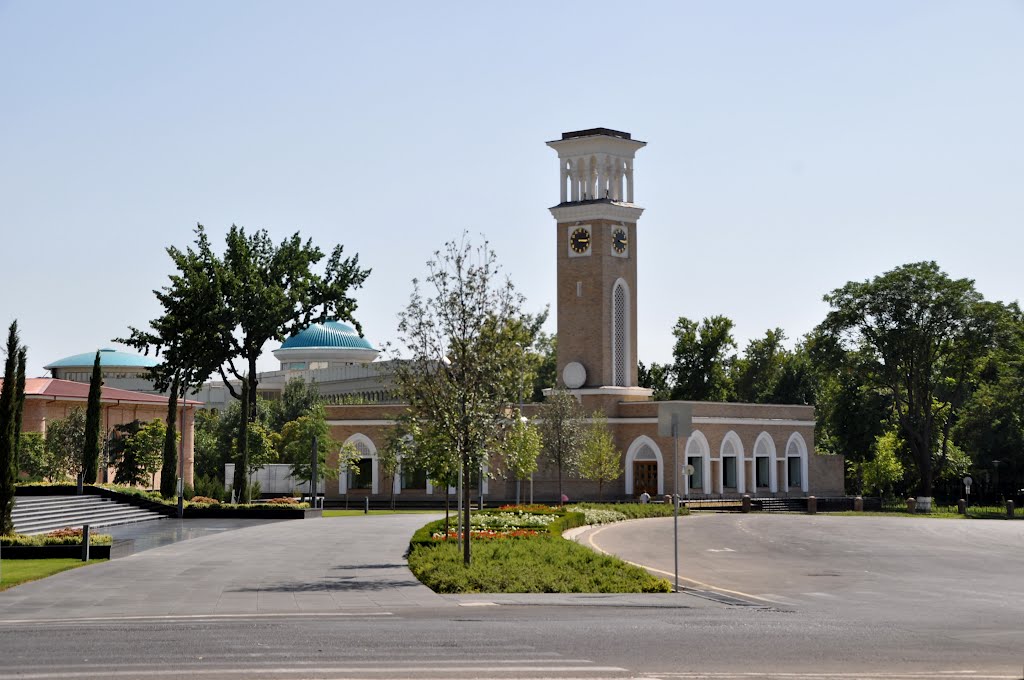 Today, there are 2 towers, second one being exact copy of the first. In both the towers you can see the aesthetics of the past and the dynamic present. You can also see combination of modern and traditional elements of the Uzbek art.  In the old tower you can see traditional Uzbek arts and antiques and in the new tower you can see showrooms displaying ancient and contemporary jewelry created by crafts dynasty. Thus you must visit Tashkent clock tower on your Tashkent Tour.

The new palace has a national architecture and modern architectural styles. You can see rich painting on walls, majestic marble columns and the blue dome. These all proves the point that centuries-old traditions of the Uzbek people continued on city planning.