Cairns is a place with diverse attractions. With such vast choices, we have designed our Cairns Tour Packages in such a way that tourists get the best of Cairns. All the priorities of the tourists are taken into strict consideration and if they wish, they can customize the tours depending on what they wish to experience. Our packages ensure utmost comfort and safety throughout the trip and are reasonably priced making them acceptable for all travelers. One can also travel with us and pay the charges later after the completion of the trip. Of all the packages, our Cairns Tour Packages from India are the most sought-after. 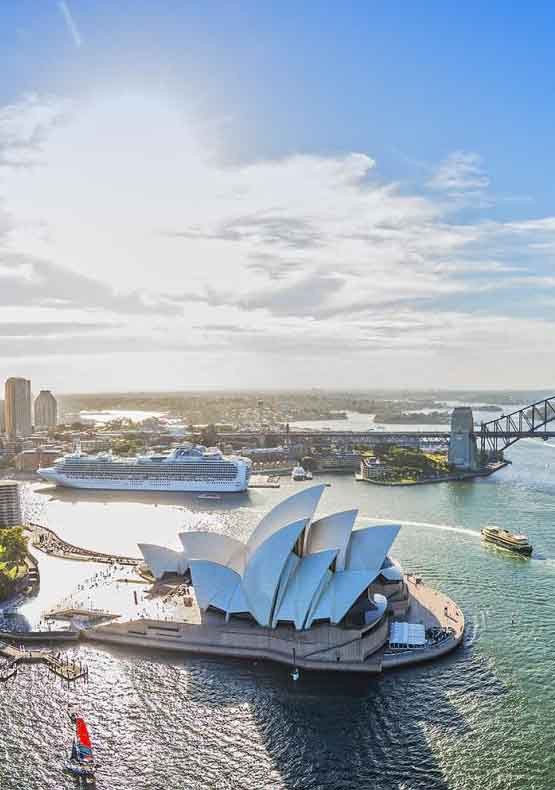 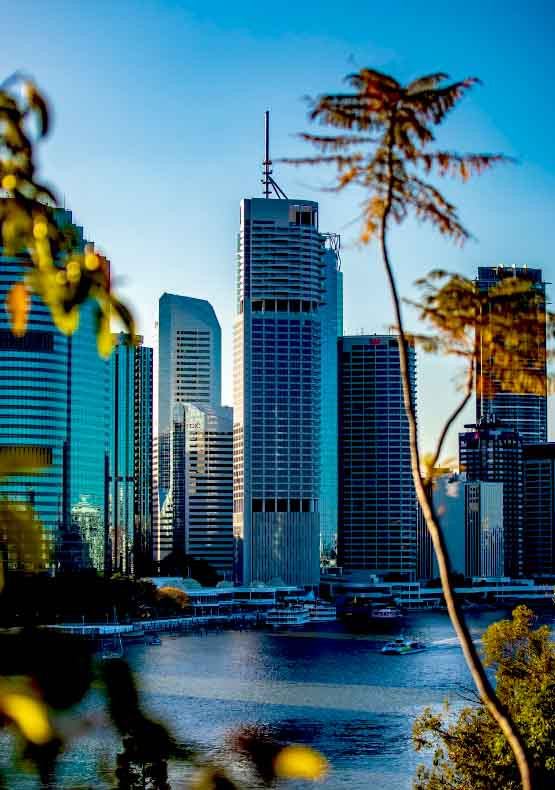 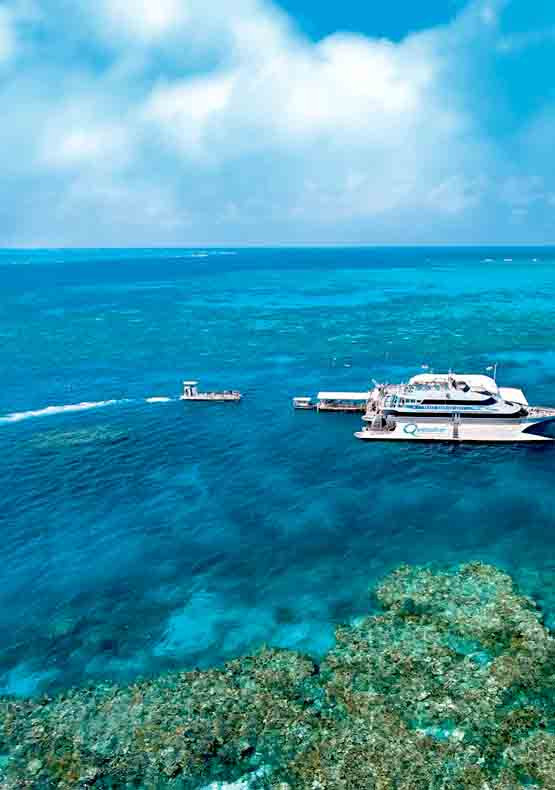 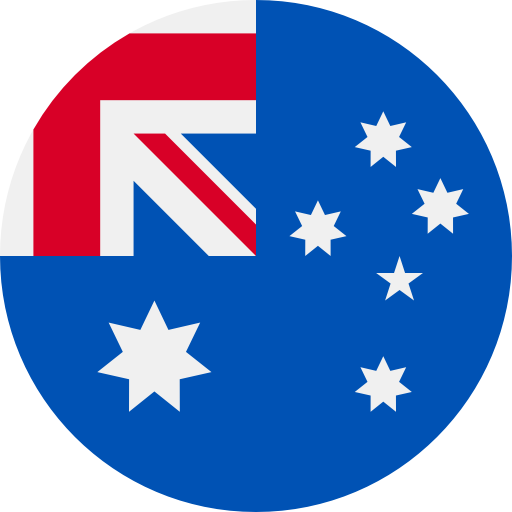 If you're looking for a getaway from the hustle and bustle of city life, Cairns is the place for you. With a population of just over 200,000 people, it's one of the largest cities in Australia and has been named one of the world's best places to live. The city is known for its natural beauty, with beautiful beaches along the Great Barrier Reef and towering mountain ranges in its surrounding areas. The weather is tropical, with warm temperatures year-round and an average temperature of about 80 degrees Fahrenheit. Cairns has a number of attractions that make it unique and exciting.

There are plenty of things to do when you visit Cairns—from going on tours to exploring the city on your own. One interesting fact about the city is that it was originally established as a port for whaling ships in 1876. It was later renamed after Captain James Cook who visited the area in 1770. Cited below are the top reasons why visiting Cairns is worth it. It is famous for its friendly and welcoming people, who are always there to help you out if you need it. Cairns has a lot of great restaurants and cafes, including lots of vegan options! Lastly, there's a lot to do in Cairns, from hiking through the rainforest to visiting the Great Barrier Reef or diving with sharks, you'll find something to suit your interests and tastes no matter what you're into.

Cairns, located on the east coast of Queensland is famously known as 'The Whitsunday Gateway'. It is home to numerous beaches, waterfalls, islands, exotic buildings, towns and whatnot! It is a storehouse of diverse experiences. Go on a luxury cruise or get adventurous in the blue waters of Cairns, and the fun spikes up to the next level. Within its rich culture, Cairns offers tourists a great environment for some family and leisure time.

Cairns is a great location for those who want to experience some of the best natural attractions in the country and it's also an ideal place for those who want to spend their vacation exploring the tropical climate and stunning beaches around Cairns. Be it the Deep Sea Divers Den or the Great Barrier Reef, Cairns is a point of attraction in itself. With such a huge number of visitors all year round, the attractions in Cairns speak for themselves.

Plan A Trip To Cairns

Cairns is a city in northern Queensland, Australia. It's also known as the "Gateway to the Great Barrier Reef," because it's located at the northernmost point of Queensland's coastline. This makes it a superior footing for exploring some of the extensively gorgeous natural landmarks in all of Australia.

Moving backwards to its yore, Cairns was founded in 1876 as a port for whaling ships operating out of Sydney; however, it soon developed into an important regional centre for cattle grazing and mining. In more recent times, tourism has become an increasingly important industry as well. The name Cairns derives from William Wellington Cairns, a former Governor of Queensland. He named the town after his wife, Catherine Alexandria (Kate) Macpherson. The first European to discover Cairns was Matthew Flinders in 1827. In 1885, Captain Francis Grose named it Port Alexander after Alexander I of Russia and this became official as an alternate name for the region when it was proclaimed an administrative area in 1887 by Queen Victoria’s government.

Cairns is the perfect launch pad for exploring the magnificent Great Barrier Reef and the Daintree Rainforest. The city is a UNESCO World Heritage Site, home to an abundance of marine life, and it's also one of Australia's most popular tourist destinations.

The reef is one of the world's most spectacular natural wonders, with more than 1700 individual reefs stretching out over an area larger than Texas. It covers more than 1 million square kilometers and contains more species than any other coral reef in the world. The Great Barrier Reef is home to over 90% of all known marine wonders living within its bound boundaries.

Visitors can explore this underwater wonderland from above or below water via snorkeling trips or scuba diving excursions on dive boats operated by reputable operators which offer their guests a range of activities including diving courses as well as guided tours around some amazing sights like Whitehaven Beach Marine Park which has been voted one of Australia’s best beaches by the travelers because it offers something for everyone including swimming with dolphins!

Cairns offers an eclectic mix of modern buildings and 19th-century architecture. Cairns is a city with a wide range of architecture. The city has a large number of heritage buildings, many 19th-century buildings and modern structures as well. These include: Heritage Buildings - The old town of Cairns was built on the banks of Magnetic Island in 1876. Today this area is known as the Cultural Precinct with its mix of shops, cafes and restaurants; art galleries; theatres; cinemas, hotels and resorts, including one owned by Disney; conference facilities and so on all within walking distance or easy transit distance from each other along George Street which runs parallel to Gordon Street. It is the main shopping strip of Cairns

Modern Buildings - There are also many new developments taking place outside this precinct which include apartments and commercial developments including hotels such as Reef Resort Hotel & Spa or Holiday Apartments while within these precincts there are office buildings such as Centre point Tower 1 & 2 both directly opposite each other at top end corner where you can see them from Gordon St area too!

Cairns is built on a narrow coastal plain, which is surrounded by mountains on all sides. Though the city itself has many places of interest to visit, its location on the northern end of Queensland also makes an ideal base to explore some fantastic beaches, rainforests and reefs.

The Great Barrier Reef Marine Park is home to a vast array of marine life including turtles, dolphins and whales who can be seen from various locations around Cairns. The Cape York Peninsula has some spectacular coral reefs which offer excellent diving opportunities but also provide a chance to spot some elusive animals such as dugongs (sea cows).

The spectacular islands of Cairns cannot be overlooked. Some of the notable ones are Fitzroy, Green and Frankland Islands. As we talk about the islands, we cannot miss out on the exotic beaches. Here are a few of the exotic beaches to spend some quality time- Palm Cove to spend lavish time alongside the scenic beauty, Nudey Beach- the most beautiful beach of Cairns, Trinity Beach bejeweled with the tropical palm trees, Ellis Beach with best beach-side bistros, Kewarra Beach to mingle with the local Cairnsian lifestyle, Green Island famous for snorkeling, Clifton Beach and Four Mile Beach for a nice stroll, Myall Beach where the reef and the rainforest meet each other, Etty Beach to spot a wild cassowary, and Mission Beach. If we are more of a 'waterfall fan', Curtain Fig Tree, Dinner Falls, Millaa Millaa and Josephine Falls are some of the best waterfalls in Cairns, Australia.

The trip to Kuranda cannot be omitted when in Cairns. Kuranda is a town with a lot of history, and it's easy to see why it is so popular among the tourists. Kuranda is home to some of Australia's most famous attractions: the Skyrail Rainforest Cableway, the Barron Gorge Walk, and the Kuranda Wildlife Park are all well worth visiting. The Skyrail Rainforest Cableway takes visitors on an incredible view of the rainforest canopy and its wildlife. The Barron Gorge Walk allows you to walk along the Barron River for an entire day; this is one of the most beautiful walks in Australia and shouldn't be missed. Lastly, if you're lucky enough to visit during their spring or autumn seasons, make sure you check out their kangaroo-viewing tours!

If you are planning a trip to Cairns, we are happy to help. From visa, airport transfers, accommodation, and meals to tour guides and sightseeing, our Cairns Tour Packages are all-inclusive. Further, our Cairns Holiday Packages are customizable as per your preferences. We, at Dook International, have served almost 500+ destinations to over 5 lakhs tourists. We ensure that your Cairns Tour will be a pleasant one with us.