Angkor is a city in Cambodia, and its home to the amazing Angkor Wat. It's also the best place to go on a vacation full of adventure. If you're looking for a way to explore all that Angkor has to offer, we recommend taking Dook's Top Angkor Tour Packages. Our tours provide you with a great overview of the area so that you can see what makes it so special while still getting a taste of the places that interest you most. You can tour the temple ruins yourself with a private guide also that is included within the package. Dook is an experienced tour company that has a wide range of tour packages designed perfectly so that you can enjoy everything Angkor has to offer from sunrise to sunset! 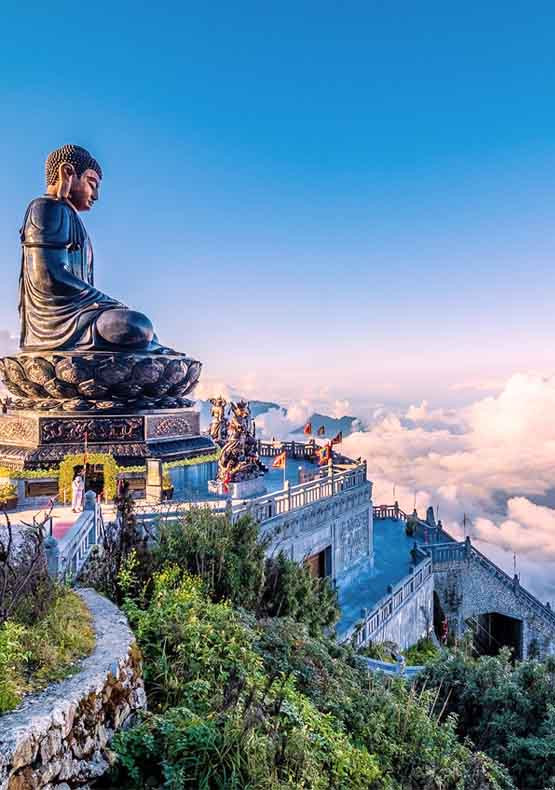 Things to know about Angkor (Cambodia) 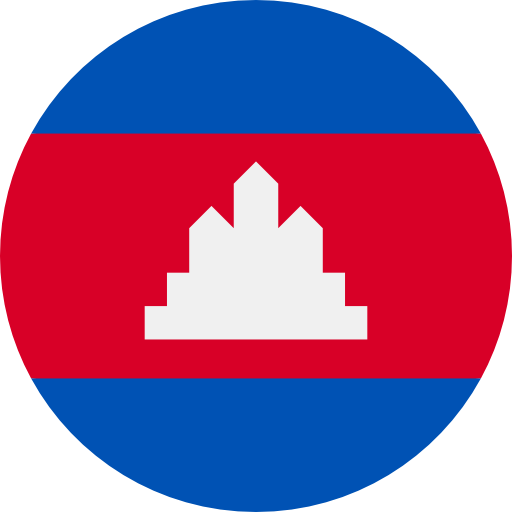 Angkor was one time the biggest hamlet in the world. The main temple of this complex, Angkor Wat, covers an area of 100 acres and is surrounded by a wall that measures more than 660 feet high and 57 feet thick. It's believed to have been built between 1100 and 1200 AD. However, it has been continuously inhabited for over 1,000 years after being abandoned due to wars waged against it by surrounding countries. The temples at Angkor are a wonder to behold. The complex is vast, with over 100 temples spread across the landscape. Although some of them have been partially excavated and restored, there's still plenty of work to be done before we know the full extent of what lies underground.

If you’re planning to visit Angkor, then Beng Mealea is one of the most important temples in this region. It is also known as the “Temple of Love” and is located in a remote location, surrounded by dense jungle and has no roads leading to it so you have to hike through the jungle if you want to see this monument. Angkor is still under constant study by archaeologists and researchers as new discoveries about its history and construction are being made every year. The ruins of Angkor, which were built in the 11th century, still have a lot to tell us about how people lived back then. Today there are five main sites within Angkor Thom: Ta Prohm Temple, Koh Ker Temple, Preah Khan Temple, Neak Pean Temple and Banteay Samre Royal Palace Complex.

If you love architecture, history, or anthropology, then Angkor Wat is the place to go. The temples are the most important historical and religious monuments in Cambodia. They're also a UNESCO World Heritage Site and were built by the Khmer people who ruled much of Southeast Asia from the 9th-15th centuries AD. The temples were constructed as religious centres for Hinduism but later became places of worship for Theravada Buddhism after they were converted to Buddhist temples by King Rajendravarman II between 1218 - 1250 AD.

Angkor Wat is not just a temple, rather it’s a city too! There are over 100 buildings that you can explore within this archaeological site that was constructed between the 12th century CE and 14th century CE. These include temples dedicated to Buddha or Vishnu, palaces, royal residences, administrative buildings such as granaries or stupas (Buddhist shrines), water supply systems such as reservoirs made from stone blocks carved into different shapes like lily pads or lotus flowers. Finally there are public spaces where people could gather for ceremonies or festivals like weddings.

Plan A Trip To Angkor

Angkor is an amazing place, but it's also very big and confusing, so take advantage of the professional guides provided with our Angkor Packages! Here is a brief information also about what Angkor has in store for you!

The main attraction in Angkor is its largest temple called Angkor Wat, which means "City Temple." It was built during the late 12th century as a royal religious centre on top of an artificial hilltop surrounded by moats and walls with towers at each corner. Angkor Wat is a World Heritage Site, which means its part of the UNESCO list of protected sites. It's also known as the "Temple of Deities" or "Wat" in Khmer. The temple has five courtyards that are interconnected by corridors lined with galleries, a design typical of Buddhist temples throughout Asia where monks would meditate while they prayed out loud or recited their scriptures. Inside this grand structure are hundreds of statues depicting scenes from Buddha's life have been moved around over time as new buildings were added onto it until today only about half remain intact inside there! It was built in the 12th century by King Suryavarman II, who also commissioned Angkor Thom and other temples in his capital city of Angkor. Angkor Wat is dedicated to Vishnu and features carvings of animals such as elephants, deer and monkeys along with images of humans riding elephants or riding on chariots pulled by horses (a popular motif).

The Angkor Thom complex consists of several smaller temples and palaces surrounding an enormous pyramid-shaped structure of Angkor Wat. It took over 1000 years to build. When you visit Angkor Wat today, you'll see how impressive this ancient wonder still is even after all this time! Angkor Thom is a walled city, built by King Jayavarman VII as the capital of his empire. The site was designated as a UNESCO World Heritage Site in 1992 and attracts over 3 million visitors every year. It's one of the most popular tourist destinations in Cambodia, with ruins stretching for miles across flat fields where ancient temples are scattered about like giant sandcastles on an abandoned beach.

The city itself was constructed around 1150 AD but has grown into an enormous complex that includes 100+ temples. It comprises of some of the largest religious buildings ever built, Angkor Wat reaching over 60 feet high. It is said that at its height around 1250 AD, Angkor Thom had over 1 million residents living within its walls!

On your Angkor Wat Tour, you can also visit the Bayon Temple. It is a temple in the Angkor Thom complex dedicated to Avalokiteshvara, Hevajra. It was built by Jayavarman VII and was completed in 1283 AD. It is one of the best examples of Khmer architecture and has many faces, which are believed to be representations of Hindu gods or mythical creatures. The temple's design is similar to that of other Khmer temples. Two large towers on each side, four smaller towers at each corner, two large towers at each end. Three levels inside with different designs on each level. Each level has its own special features, including reliefs showing scenes from Hindu mythology or religious stories about Buddha's life.

Our Angkor Wat Tour will take you to Ta Prohm. It was known as Rajavihara. It was built in the late 12th century, but the jungle around it has taken its toll on the structure. The strangler figs that grow on Ta Prohm are an impressive sight to see but they're also a good reminder of how fragile these ancient temples really are. In addition to being famous for its strangler figs, Ta Prohm was also a Buddhist monastery and university before being converted into an important Khmer religious site during King Jayavarman VII's reign. In 1992, it was inscribed as a UNESCO World Heritage Site.

Through our Angkor Packages, you can make a trip to Phnom Bakheng, a state temple dedicated to Shiva in Yasodharapura. It was built in the 9th century by Yasovarman I and is recognised as the world's greatest architectural treasure in the present-day world.

Banteay Kdei is a temple built in 967 AD by Rajendravarman II. Dedicated to the Hindu deity Shiva, it is a beautiful example of Khmer architectural style, with many intricate carvings on its walls and statues inside. The temple was used as an archive for Buddhist monks hence called the 'Citadel of Monks'. Near Banteay Kdei is another historical creation that is a 'must-visit'. The 'royal bathing pool' is known as Srah Srang.

Our Angkor Wat Tour Packages will also take you to an artificial island Neak Pean. The island has a famous Buddhist temple built during the reign of Jayavarman VII. The temple is a part of Preah Khan temple and has striking architecture, as well as beautiful carvings. This location is popular because of its proximity to Angkor Wat, which makes it easy to visit both sites in one day if you want to see them both at once.

How to Visit the Temples of Angkor?

You can hire tuk-tuks as part of your itinerary if you're staying at one of our recommended hotels, but they're not allowed inside all the temples. The exception is Bayon Temple as its grounds are open 24 hours a day and there aren't any restrictions on where tourists can explore within that area. However, if you want to visit other parts of Angkor Thom like Ta Prohm or Ta Prohm then taking up the tours provided through our Angkor Packages makes sense since those sites aren't open all day long either and many require reservations. There are over 1,000 temples spread across 25 square miles at Angkor.

What to bring with you on your Angkor Tour?

Water bottle (and/or a hydration pack). You may want to take some extra water with you if your itinerary includes long walks or lots of climbing stairs, but rest assured that there will be plenty of vendors selling bottled water along the way! Avoid a sunburn, bring a hat, wear sunscreen and avoid the sun between 11 am and 3 pm. If you're planning to spend time in the afternoon, make sure to reapply sunscreen after lunch.

Where to eat near Angkor?

Avoid eating at restaurants as that are too touristy. If you're looking for a good local meal, try the food stalls at the market or wander down the street to an open-air restaurant where you can watch people cook over a fire pit and eat with their hands. Most Cambodians speak English and some French. So they'll be able to help you order what they've got on offer even if it isn't written in English.

The beautiful ruins that you get to witness with Dook's Angkor Wat Tour Packages tell the story of world history as you walk through them. Dook International is a top-rated travel agency that organizes convenient tours for travel enthusiasts to almost every travel destination in the world. To date, Dook has offered its services to over five lakhs tourists by providing satisfactory tour packages to over 500+ destinations.