Plan your trip with our customized Benelux tour packages 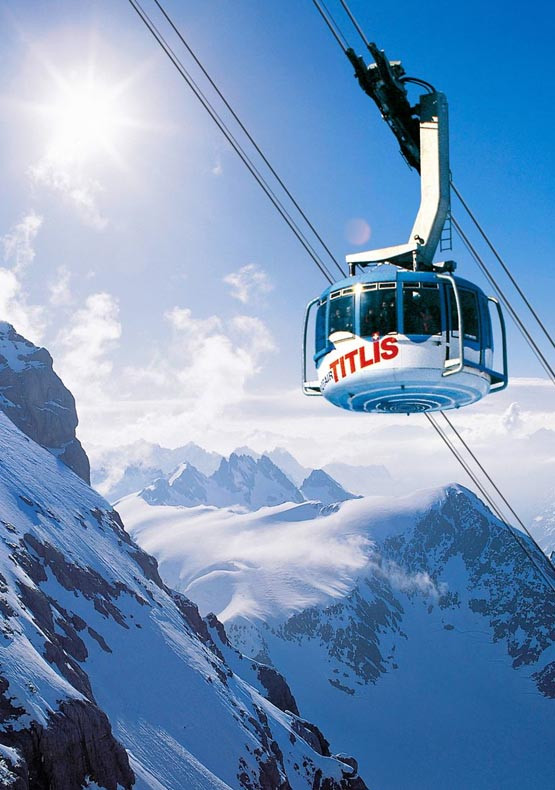 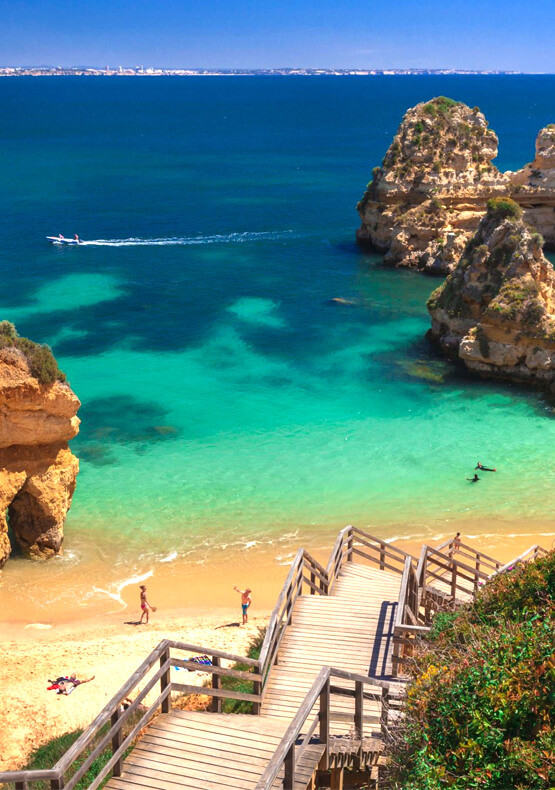 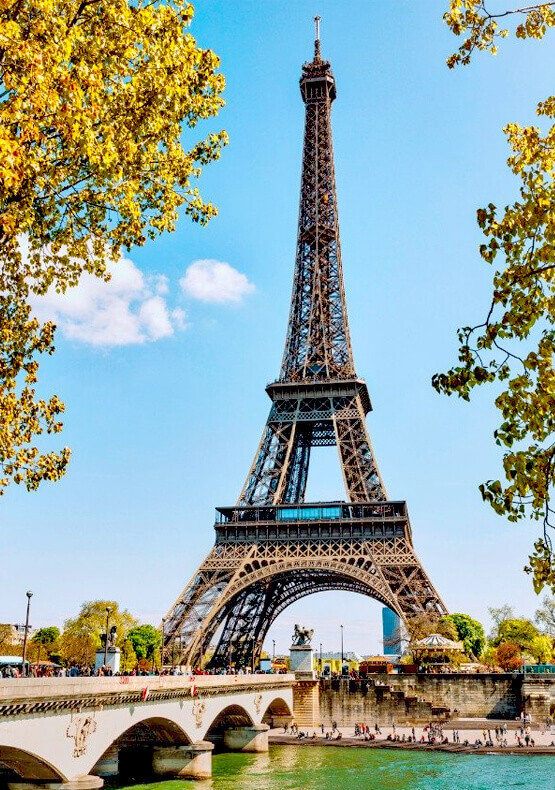 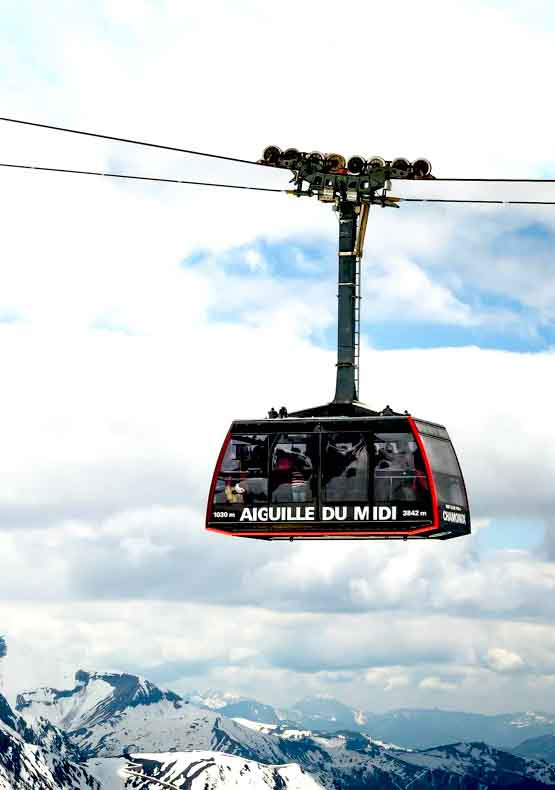 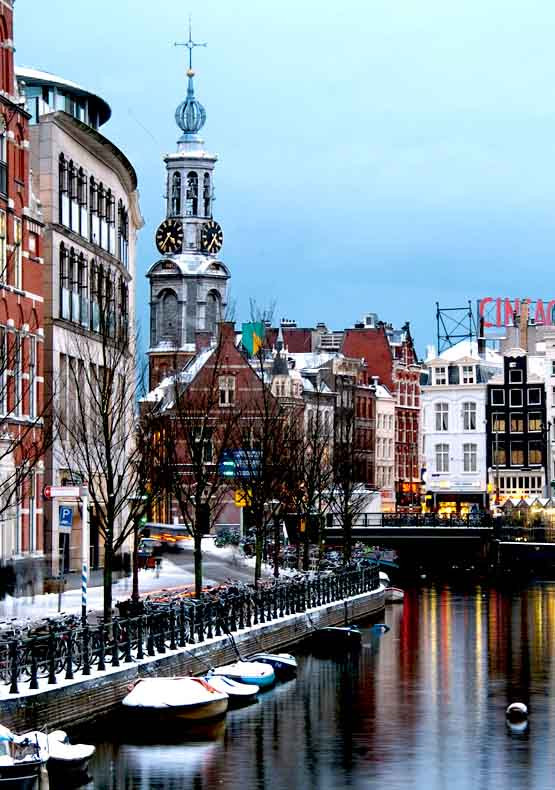 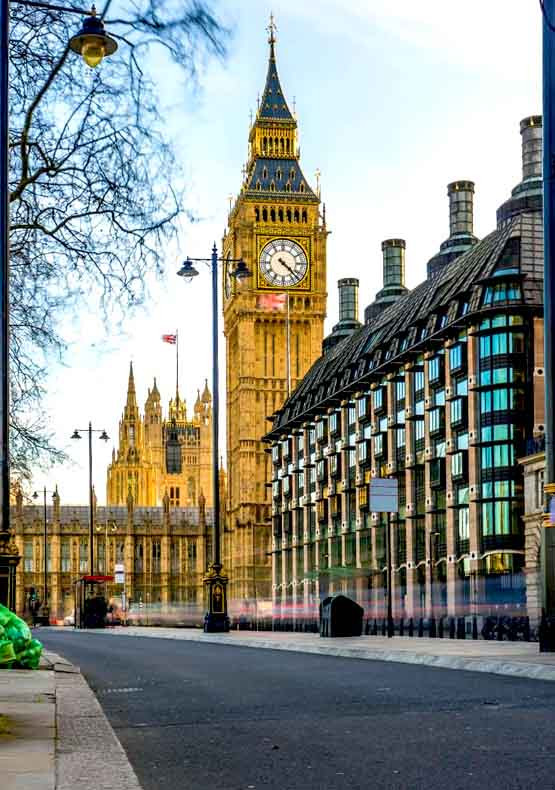 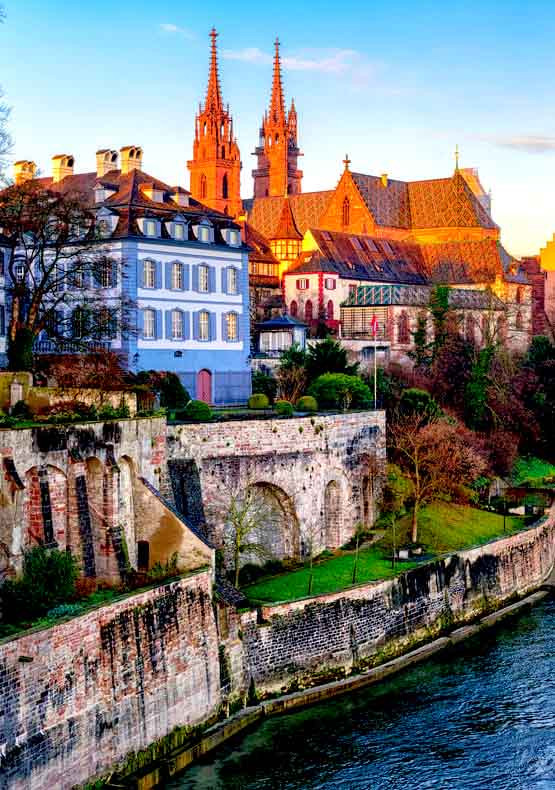 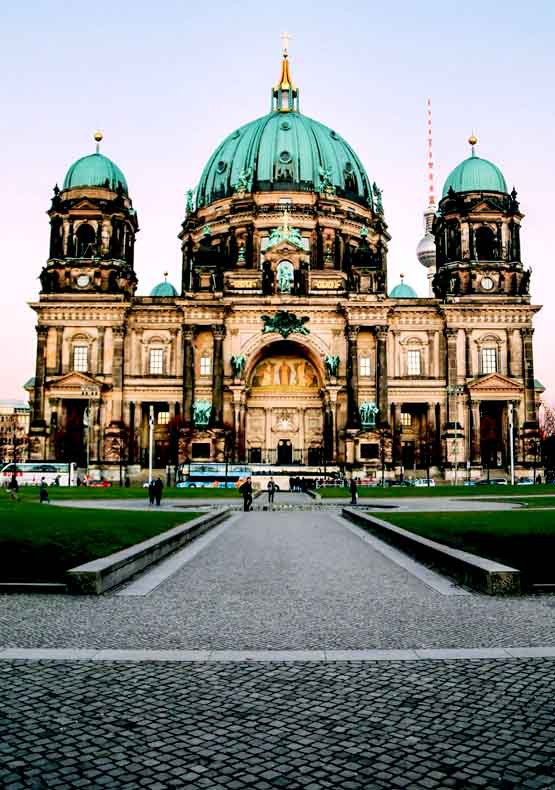 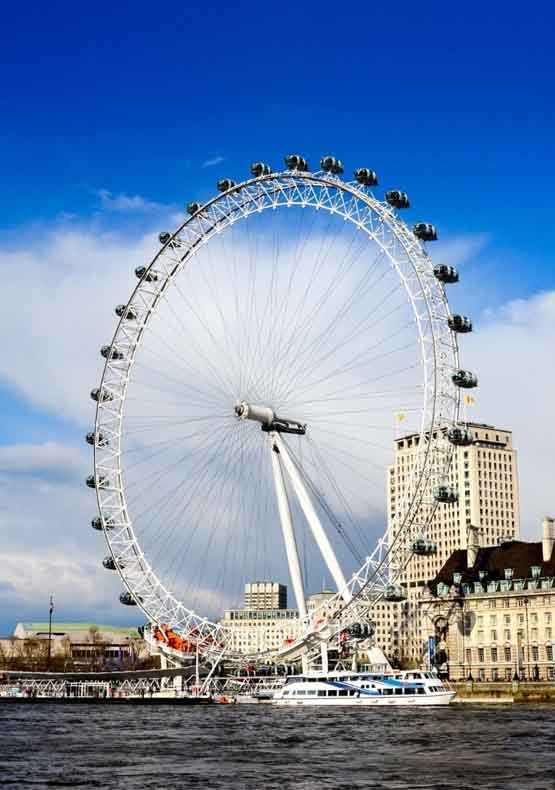 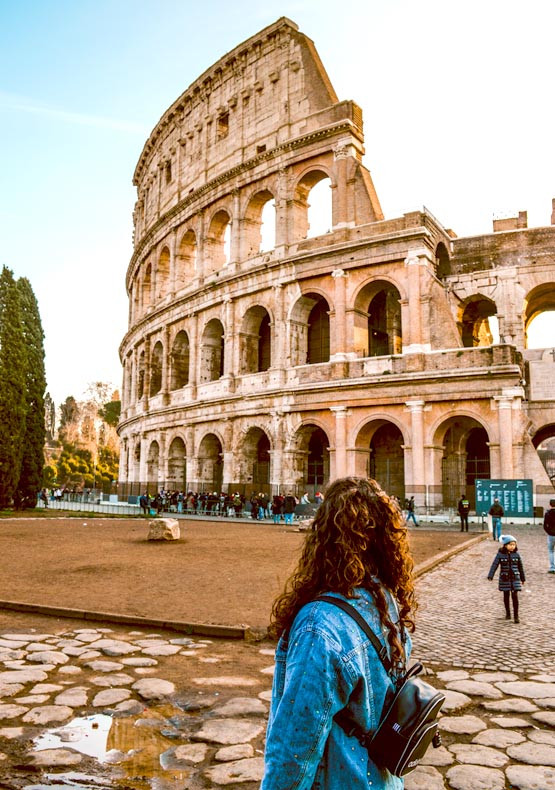 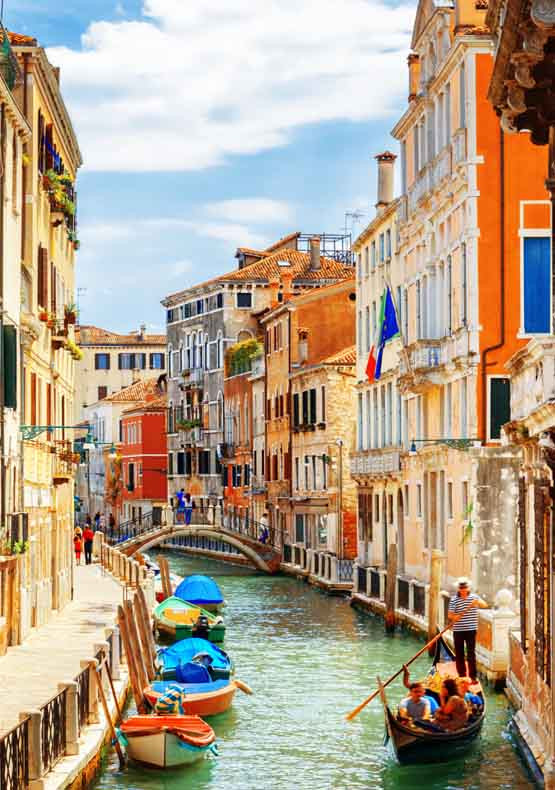 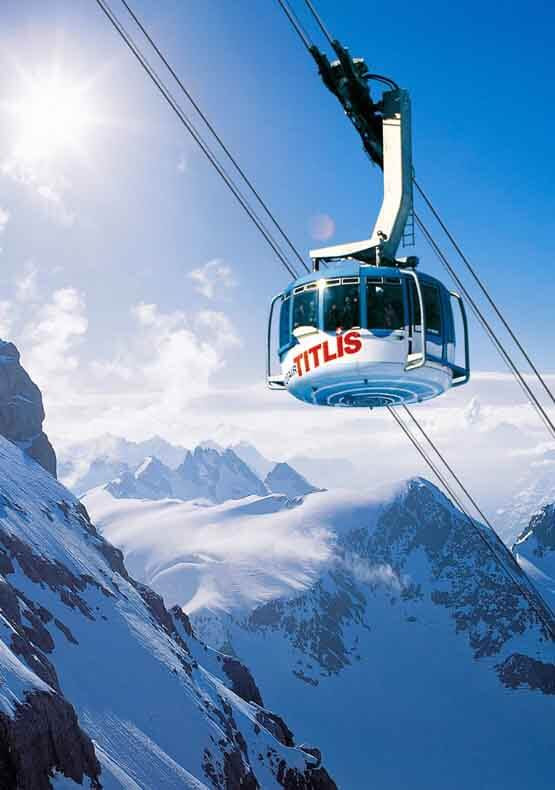 Experience everything extraordinary in the “BENELUX”

Stylishly beautiful, the countries of the Benelux region are traditionally nicknamed the ‘Low Countries’ because much of their land is located below or just slightly above sea level. The group of countries namely Belgium, the Netherlands and Luxembourg, is located in northwestern Europe and these all together are known as the ‘Benelux’ countries, from the initial letters of their names.

The region is known to have a channel of canals and waterways linked to the magnificent rivers of Meuse, Rhine and Schelde and that’s what adds to the surreal beauty of the region. Benelux is also the home to some of the major European cities like Amsterdam, Brussels, Antwerp, Liege, Rotterdam and The Hague. Elegant and elaborate, the Benelux cities and their feel-good vibes hold you close for a lifetime. All the three countries share several things in common including their nature of cuisine and sense of art; however, each one of them has its own differential tourist-friendly factors. While here taking an interesting Benelux Tour, you can stroll down the well-preserved medieval streets in Belgium and stuff your tummy with lots of Belgian fries, waffles and chocolates; enjoy the innovative skyline and shopping spree like nowhere in the Netherlands or check out the surprisingly high number of Michelin star restaurants in the city of Luxembourg. Walk the pathways alongside the canals and colourful houses; visit cafes serving local delights and some of the best Trappist beers; unwind in the lush green spaces after you’ve had a fill of city fun or rent a bike and explore the cities and seaside towns at your own pace. Here in Benelux, you can do anything and everything.

A country where you can find an extraordinary combination of old-world charm and new-age innovation, where green patches of the countryside and rugged coastline stretch as far as the eyes can see, where the canals, colourful tulip fields, windmills, gouda cheese and cycling routes are symbolic of country’s magnificence; nothing is quite like the quintessential Netherlands. For a country with so much wow factor, the Netherlands is often underestimated as a travel destination. But it is truly surprising that in this small northwestern European country which is also called Holland, you can find a diverse range of cities along with a myriad of delightful small-town experiences that are worth appreciating.

Take a boat down Amsterdam’s canals, see the largest flower parade in the world in Zundert, visit a series of traditional, restored windmills in Zaanse Schans, surf at Scheveningen Beach in Den Haag, hit the Dutch food hotspots in Jordaamn district, explore the highlights of The Hague and Rotterdam on foot, discover the wonders of newest province of Flevoland and not to miss the historic charm of the oldest city Maastricht. Do all this and more with our custom-made Benelux Travel Packages.

The peaceful canals of Bruges and its perfectly preserved medieval streets, battlefields of Flanders, Grand Place of Brussels, Antwerp’s fashionable vibes, the decadent Belgian chocolate, belfries and beers, crazy carnivals and the renaissance architecture influenced by a mix of cultures- with everything incredible and extraordinary, how could anyone get bored of Belgium? Even a brief about this beautiful country situated in the Western part of Europe is fair enough to give you travel goals for your trip to Belgium.

Situated between France and The Netherlands, Belgium is often known as the Essence of Europe and is one of the delightful destinations to visit, however, people booking a Belgium tour often restrict themselves to Brussels but there's a lot more to explore in this utterly surprising chunk of Europe. Nearby towns such as Ghent and Mechelen also display an excellent picture of the architectural beauty of the country and are a must-visit. But what most travellers find more interesting here are its beers, chocolates and fries. The beer aficionados will be in for a real treat as Belgian breweries here give intriguing insights into hundreds of world-famous Trappist beers and the people that make them. And then they have the Belgian chocolate that rivals those made in Switzerland, offering a hearty indulgence. If planning a tour soon, do get in touch with us to know more about our wide range of Benelux Tour Packages from India.

Although a small land-locked country located in the heart of Western Europe, Luxembourg delivers a considerably good variety of experiences. Built on different levels, Luxembourg's cityscape is distinguished by hills, deep gorges and valleys, steep cliffs and wonderful viewpoints. It also has deep historical roots that are still evident in the capital Luxembourg City but it’s even more interesting to see how it is constantly developing and reinventing itself. In the course of time, this city has grown and its districts have settled in the valleys as well as on the surrounding plateaus. While many of the country's top attractions are positioned in the pulsating Luxembourg City, there are many small towns nearby that are well worth exploring. A few other major attractions include the fortress on the Bock promontory which is a UNESCO listed site; the medieval castle of Vianden; Neumünster Abbey renowned for its theatre, free blues and jazz concerts; Mullerthal and its walled gateway town Echternach that is adorned by its abbey and the wine districts of the Moselle valley; the mountainous Oesling district as well as the dramatic Ardennes Mountains for those who love being outdoors.

Look beyond its capital and you’ll discover a lot more, especially if booking one of our Benelux Holiday Packages.

1. Try the famed Belgian brewed beers
2. Marvel the intricate modern architecture of the European Quarter in Brussels
3. Cross the extraordinarily beautiful bridges & canals of Bruges
4. Take a walk along the fantastic waterside promenades in Liege
5. Try having a wild boar or smoked ham along with the best Trappist beer near the Ardennes, Belgium
6. Go guilt-free on eating while having Belgian specialities-waffles, mussels, chocolates and fries
7. Hike through Luxembourg’s “Little Switzerland”- Müllerthal
8. See the artist masterworks at Van Gogh Museum in Amsterdam
9. When in Amsterdam, ride the cycle along the canals as the Dutch do!
10. See the medieval, charming city of Haarlem
11. Explore the famous cheese markets in the Netherlands- Alkmaar, Gouda and Edam
12. See the belfries of Belgium
13. Soak in the beauty of the Moselle Valley’s wineries
14. Try white-water canoeing in Luxembourg
15. Explore the nightlife in Rotterdam
16. Hike dense forests in the dramatic Ardennes Mountains.
17. Let your imagination run wild at the traditional beauty of Vianden’s cobbled streets and castle
18. Cross the impressively unique Moses Bridge, Netherlands
19. Pass the mesmerizing Tulip Fields in The Netherlands or attend the Tulip Festival

Your trip to this wonderful region can be brief but quite intense; so much so that you’ll be craving to come back for more. From the modern artistic magnificence of the cities to the well-preserved streets from colonial times, from the chocolates that rival those in Switzerland to culinary journeys that are unforgettable, you can find it all in our itineraries covered under Benelux Tour Packages from India. Pack your bags and gear up for an unforgettable Benelux Tour and in the meanwhile, ask our tour experts to tailor-make the most suitable Benelux Holiday Packages for you!