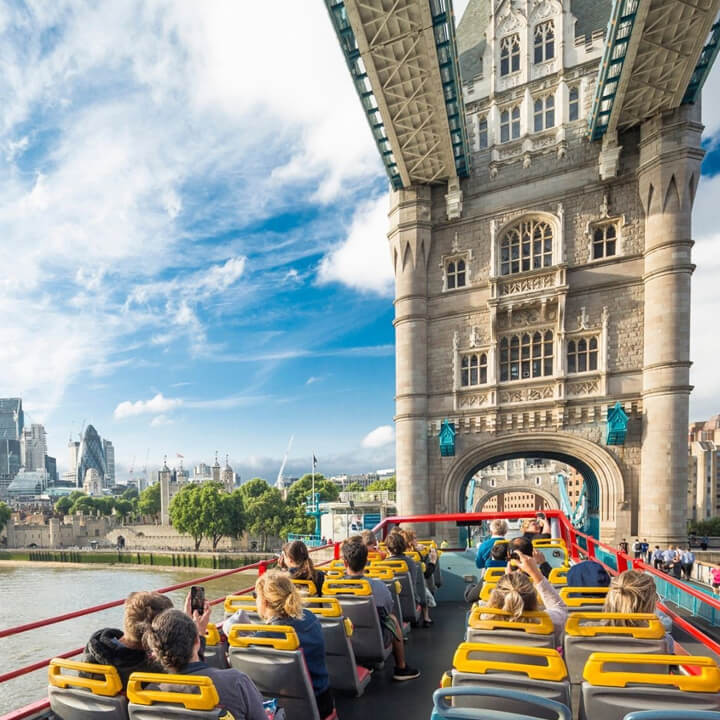 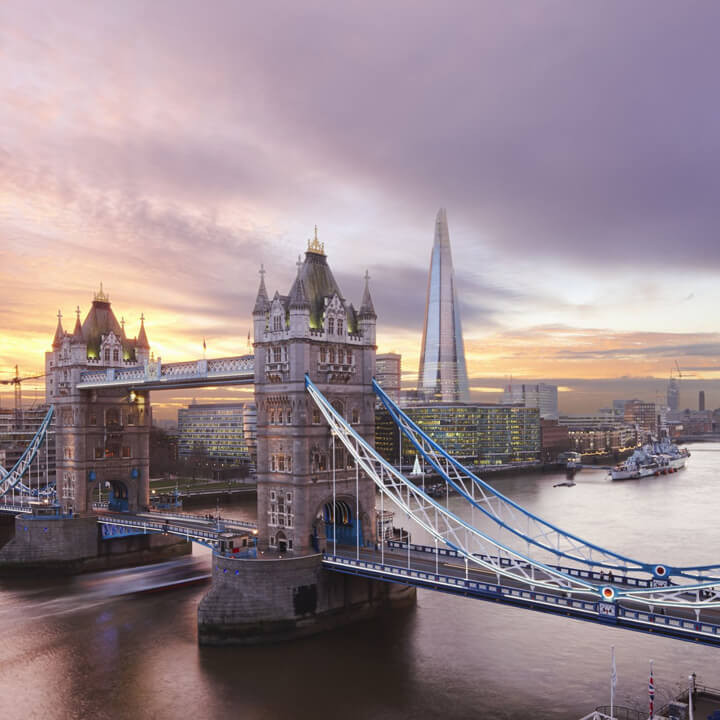 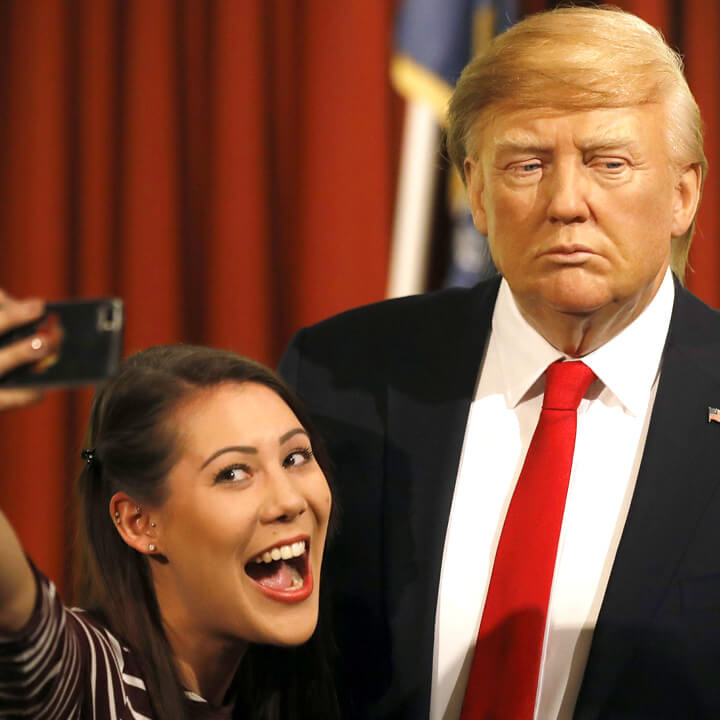 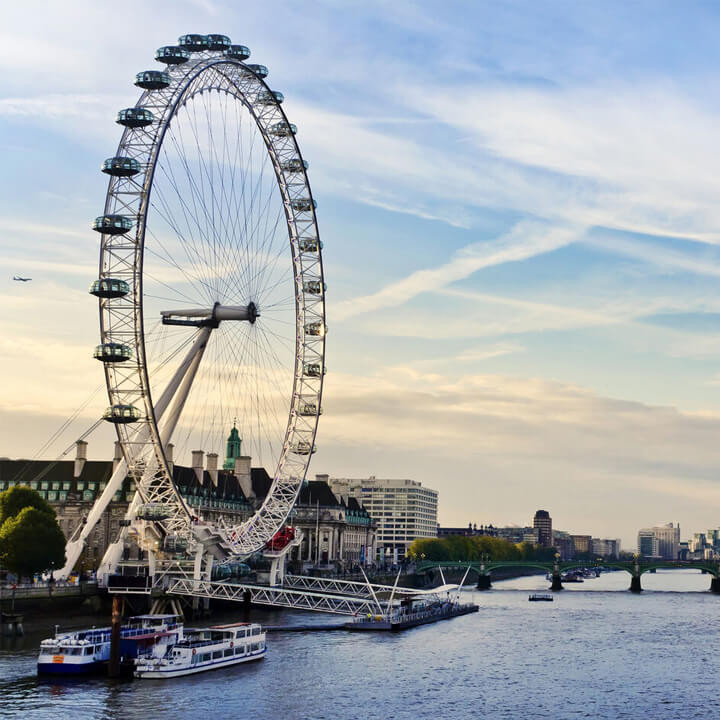 The Houses Of Parliament

The Tower of London officially Her Majestys Royal Palace and Fortress of the Tower of London is a historic castle on the north bank of the River Thames in central London. It lies within the London Borough of Tower Hamlets which is separated from the eastern edge of the square mile of the City of London by the open space known as Tower Hill. It was founded towards the end of 1066 a

Tower Bridge is a combined bascule and suspension bridge in London built between 1886 and 1894. The bridge crosses the River Thames close to the Tower of London and has become a world-famous symbol of London. As a result it is sometimes confused with London Bridge about half a mile upstream. Tower Bridge is one of five London bridges owned and maintained by the B

Big Ben is the nickname for the Great Bell of the striking clock at the north end of the Palace of Westminster in London the name is frequently extended to refer to both the clock and the clock tower. The official name of the tower in which Big Ben is located was originally the Clock Tower it was renamed Elizabeth Tower in 2012 to mark the Diamond Jubilee of Elizabeth II Queen of the United King

Buckingham Palace is the London residence and administrative headquarters of the monarch of the United Kingdom. Located in the City of Westminster the palace is often at the centre of state occasions and royal hospitality. It has been a focal point for the British people at times of national rejoicing and mourning.

Hyde Park is a Grade I-listed major park in Central London. It is the largest of four Royal Parks that form a chain from the entrance of Kensington Palace through Kensington Gardens and Hyde Park via Hyde Park Corner and Green Park past the main entrance to Buckingham Palace. The park is divided by the Serpentine and the Long Water lakes.

The Houses Of Parliament

If you are looking to visit the Houses of Parliament the Information Office should be contacted beforehand. Visitors are more likely to get in quickly if they queue for the afternoon sessions. Tours are available from 7th August to the 16th September when both houses are in recess. Groups and educational visits are warmly invited. Disabled facilities are available and guide dogs are als

Trafalgar Square is a public square in the City of Westminster Central London established in the early 19th century around the area formerly known as Charing Cross. The Squares name commemorates the Battle of Trafalgar the British naval victory in the Napoleonic Wars over France and Spain that took place on 21 October 1805 off the coast of Cape Trafalgar.

Piccadilly Circus is a road junction and public space of Londons West End in the City of Westminster. It was built in 1819 to connect Regent Street with Piccadilly. In this context a circus from the Latin word meaning circle is a round open space at a street junction.

St Pauls Cathedral is an Anglican cathedral in London United Kingdom which as the cathedral of the Bishop of London serves as the mother church of the Diocese of London. It sits on Ludgate Hill at the highest point of the City of London and is a Grade I listed building. Its dedication to Paul the Apostle dates back to the original church on this site founded in AD 604. The present cathedral dating from the late 17th century was designed in the English Baroque style by Sir Christopher Wren. Its construction completed in Wrens lifetime was part of a major rebuilding programme in the City after the Great Fire of London. The earlier Gothic cathedral largely destroyed in the Great Fire was a central focus for medieval and early modern London including Pauls walk and St Pauls Churchyard being the site of St Pauls Cross. The cathedral is one of the most famous and most recognisable sights of London. Its dome framed by the spires of Wrens City churches has dominated the skyline for over 300 years. At 365 feet high it was the tallest building in London from 1710 to 1963. The dome remains among the highest in the world.

Windsor Castle is a royal residence at Windsor in the English county of Berkshire. It is strongly associated with the English and succeeding British royal family and embodies almost 1000 years of architectural history.

Send us a query for London Delight 5 Nights Tour Package