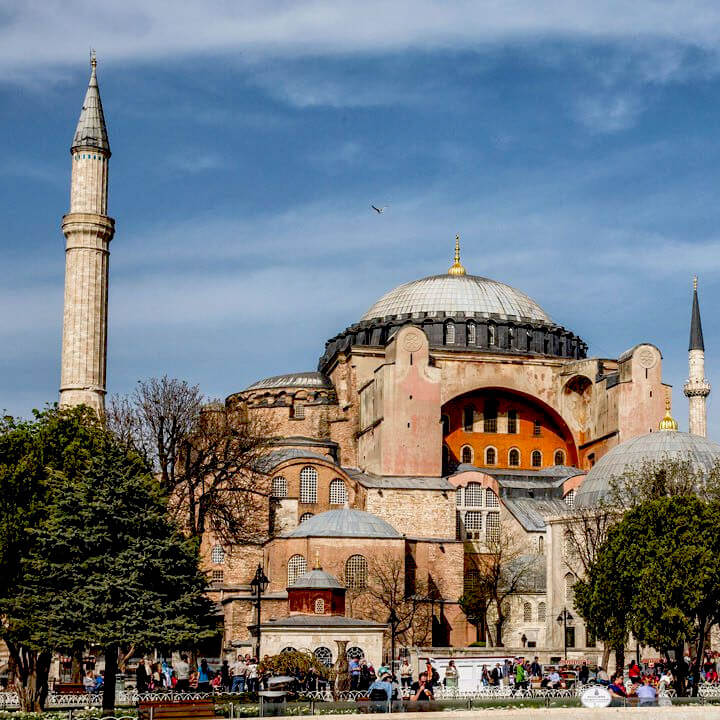 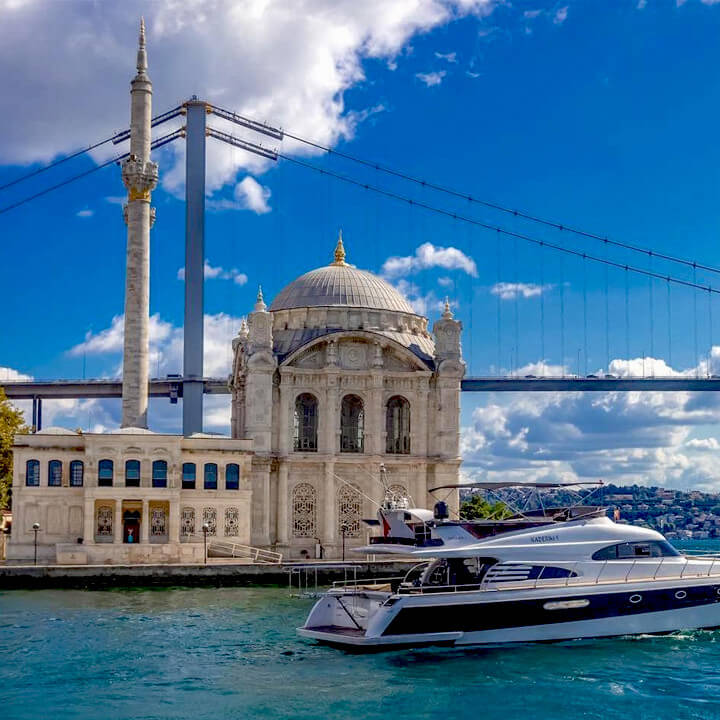 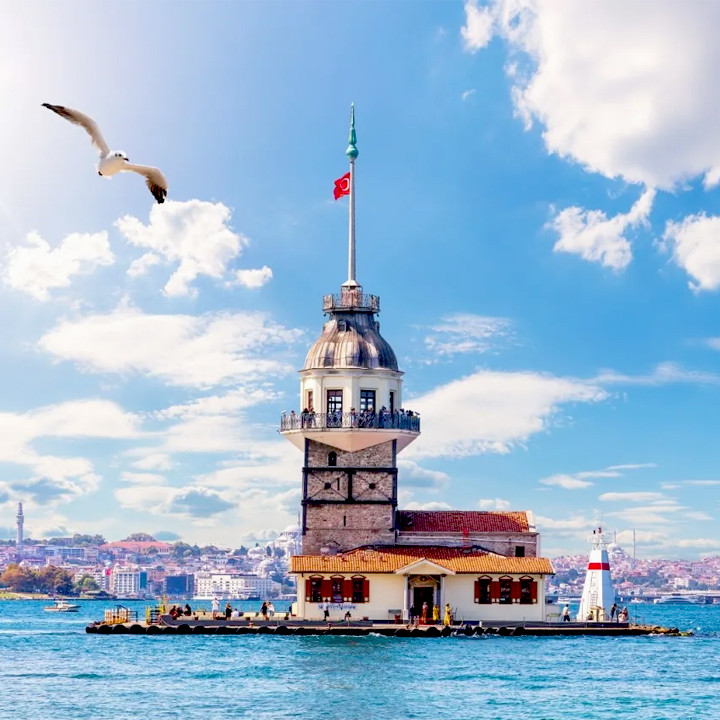 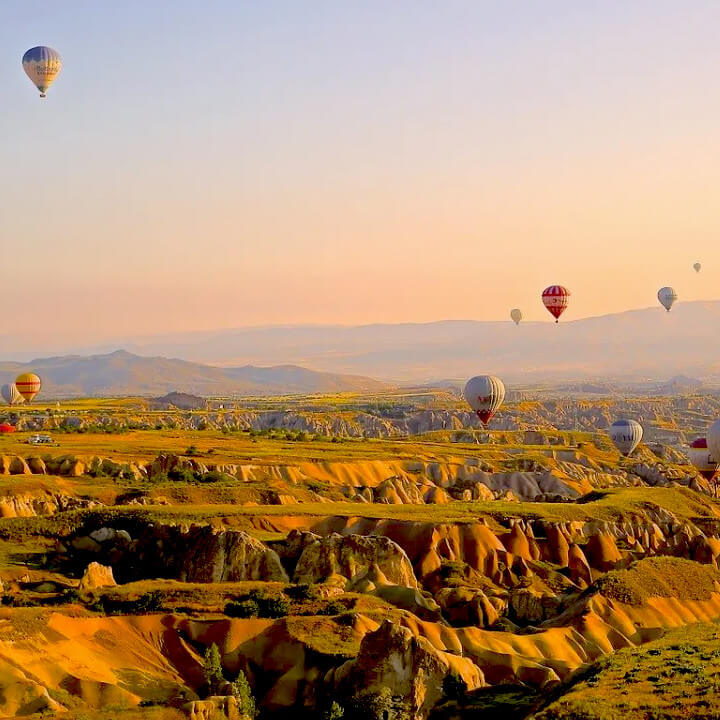 Hagia Sophia officially the Hagia Sophia Grand Mosque and formerly the Church of the Holy Wisdom is a Late Antique place of worship in Istanbul designed by the Greek geometers Isidore of Miletus and Anthemius of Tralles.

The Blue Mosque in Istanbul also known by its official name the Sultan Ahmed Mosque is an Ottoman-era historical imperial mosque located in Istanbul Turkey. A functioning mosque also attracts large numbers of tourist visitors. It was constructed between 1609 and 1616 during the rule of Ahmed I. Its Klliye contains Ahmeds tomb a madrasah and a hospice. Hand-painted blue tiles adorn the mosques interior walls and at night the mosque is bathed in blue as lights frame the mosques five main domes six minarets and eight secondary domes. It sits next to the Hagia Sophia the principal mosque of Istanbul until the Blue Mosques construction and another popular tourist site. The Blue Mosque was included in the UNESCO World Heritage Site list in 1985 under the name of Historic Areas of Istanbul.

The Topkap Palace or the Seraglio is a large museum in the east of the Fatih district of Istanbul in Turkey. In the 15th and 16th centuries it served as the main residence and administrative headquarters of the Ottoman sultans.

Send us a query for Best of Istanbul Tour