Cadbury World is a visitor attraction in Birmingham England featuring a self-guided exhibition tour created and run by the Cadbury Company. The tour tells the history of chocolate and of the Cadbury business. 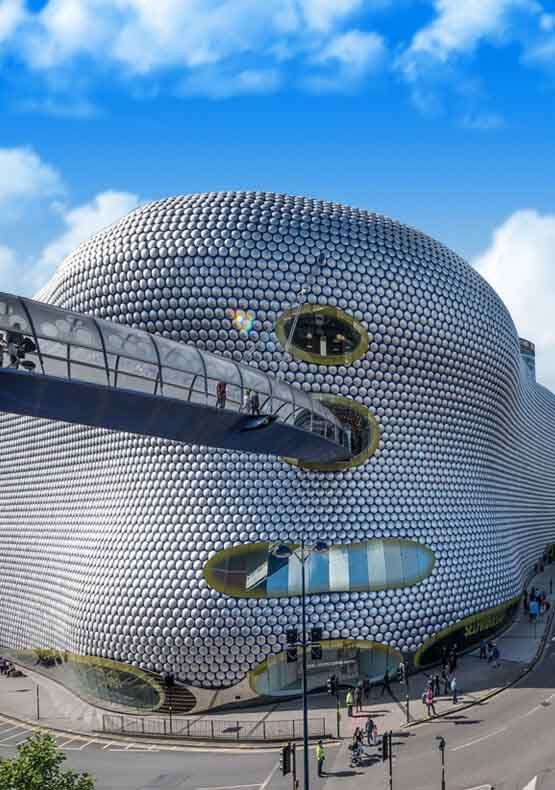 Cadbury World and the Birmingham

Cadbury World is a visitor attraction in Birmingham England featuring a self-guided exhibition tour created and run by the Cadbury Company. The tour tells the history of chocolate and of the Cadbury business.

The Birmingham : Nearby Attractions

The National Sea Life Centre is an aquarium with over 60 displays of freshwater and marine life in Brindleyplace Birmingham England. Its ocean tank has a capacity of 1000000 litres of water and houses giant green sea turtles blacktip reef sharks and tropical reef fish with the only fully transparent 360-degree underwater tunnel in the United Kingdom. The building was designed by Sir

Warwick Castle is a medieval castle developed from a wooden fort originally built by William the Conqueror during 1068. Warwick is the county town of Warwickshire England situated on a bend of the River Avon. The original wooden motte-and-bailey castle was rebuilt in stone during the 12th century. During the Hundred Years War the facade opposite the town was refortifie

Shakespeares Birthplace is a restored 16th-century half-timbered house situated in Henley Street Stratford-upon-Avon Warwickshire England where it is believed that William Shakespeare was born in 1564 and spent his childhood years. It is now a small museum open to the public and a popular visitor attraction owned and managed by the Shakespeare Birthplace Trust. It ha

Stafford Castle is an ancient Grade II listed castle situated two miles west of the town of Stafford in Staffordshire England. From the time of the Norman Conquest and as recorded in the Domesday Book of 1086 it was the seat of the powerful Anglo-Norman Stafford family feudal barons of Stafford later Barons Stafford by writ Earls of Stafford and Dukes of Buckingham. The 14th-cent

The Library of Birmingham is a public library in Birmingham England. It is situated on the west side of the city centre at Centenary Square beside the Birmingham Rep and Baskerville House. Upon opening on 3 September 2013 it replaced Birmingham Central Library. The library which is estimated to have cost 188.8 million is viewed by the Birmingham City Council as a flagship