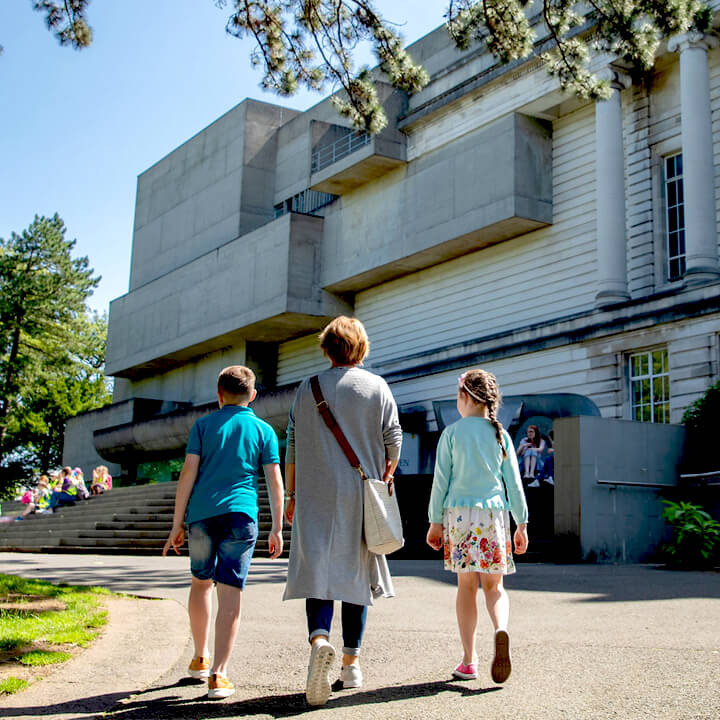 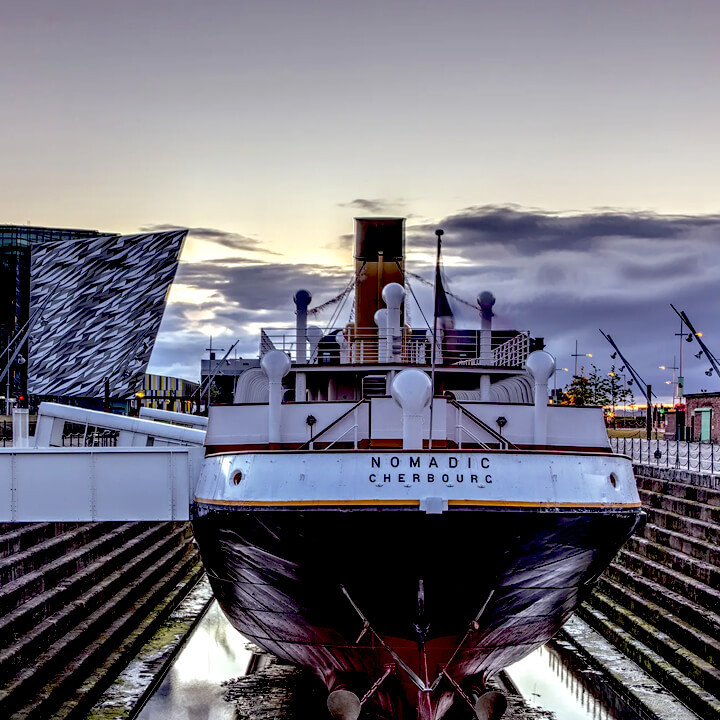 Belfast City Hall is the civic building of Belfast City Council located in Donegall Square Belfast Northern Ireland. It faces North and effectively divides the commercial and business areas of the city centre. It is a Grade A listed building.

Titanic Belfast is a visitor attraction opened in 2012 a monument to Belfasts maritime heritage on the site of the former Harland & Wolff shipyard in the citys Titanic Quarter where the RMS Titanic was built. It tells the stories of the Titanic which hit an iceberg and sank during her maiden voyage in 1912 and her sister ships RMS Olympic and HMHS Britannic. The building contains more than

The Ulster Museum located in the Botanic Gardens in Belfast has around 8000 square metres of public display space featuring material from the collections of fine art and applied art archaeology ethnography treasures from the Spanish Armada local history numismatics industrial archaeology botany zoology and geology. It is the largest museum in Northern Ireland and one of the comp

Belfast Castle is set on the slopes of Cavehill Country Park Belfast Northern Ireland in a prominent position 400 feet above sea level. Its location provides unobstructed views of the city of Belfast and Belfast Lough.

The Giants Causeway is an area of about 40000 interlocking basalt columns the result of an ancient volcanic fissure eruption. It is located in County Antrim on the north coast of Northern Ireland about three miles northeast of the town of Bushmills. It was declared a World Heritage Site by UNESCO in 1986 and a national nature reserve in 1987 by the Department of the Environment for Northern Ireland. In a 2005 poll of Radio Times readers the Giants Causeway was named the fourth greatest natural wonder in the United Kingdom. The tops of the columns form stepping stones that lead from the cliff foot and disappear under the sea. Most of the columns are hexagonal although there are also some with four five seven or eight sides. The tallest are about 12 metres high and the solidified lava in the cliffs is 28 metres thick in places. Much of the Giants Causeway and Causeway Coast World Heritage Site is owned and managed by the National Trust. It is one of the most popular tourist attractions in Northern Ireland receiving over 998000 visitors in 2019. Access to the Giants Causeway is free of charge it is not necessary to go via the visitors centre which charges a fee.

St Annes Cathedral also known as Belfast Cathedral is a Church of Ireland cathedral in Donegall Street Belfast Northern Ireland. It is unusual in serving two separate dioceses. It is the focal point of Belfasts Cathedral Quarter.

Send us a query for Northern Ireland Tour Package