Konya is a place situated in Central Turkey famous for its ecclesiastical and cultural supremacy. Our well-established Konya Tour Packages are exclusively formulated based on the preferences of the tourists. One of the most sought-after packages is the Konya Tour Packages from India which are not only reasonably priced but are also equipped with modern cutting-edge technologies ensuring a continual-fun trip to Konya. The packages are designed in a way that makes sure, all the attractions- history, culture, nature and adventure vibe like a melodious symphony when in Konya. 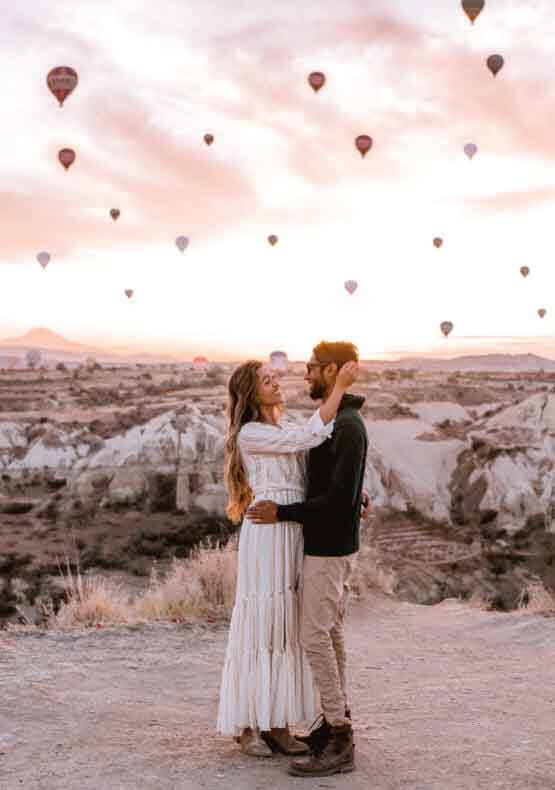 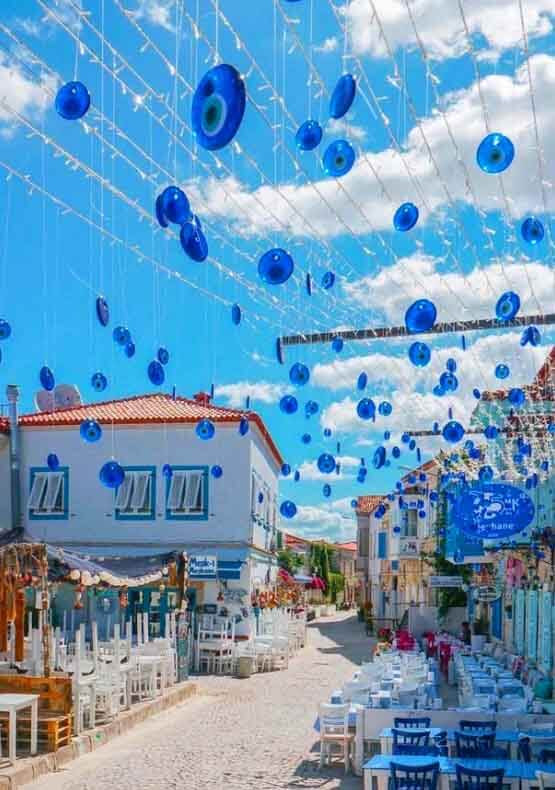 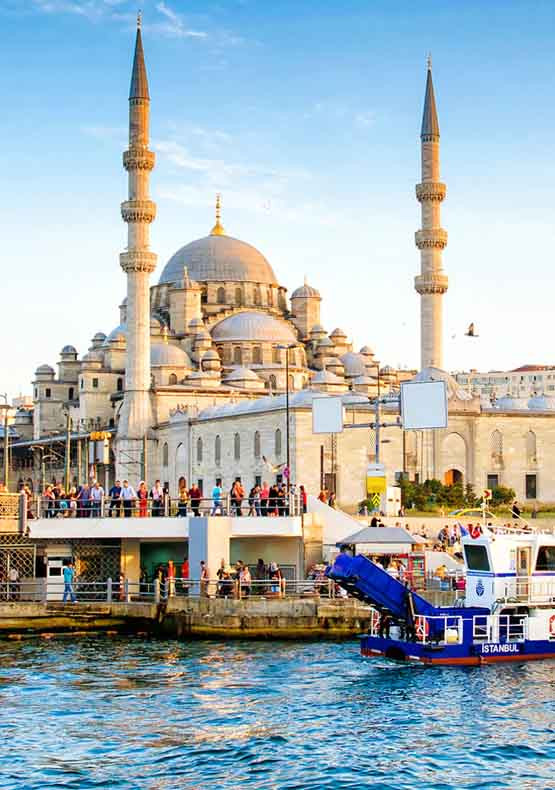 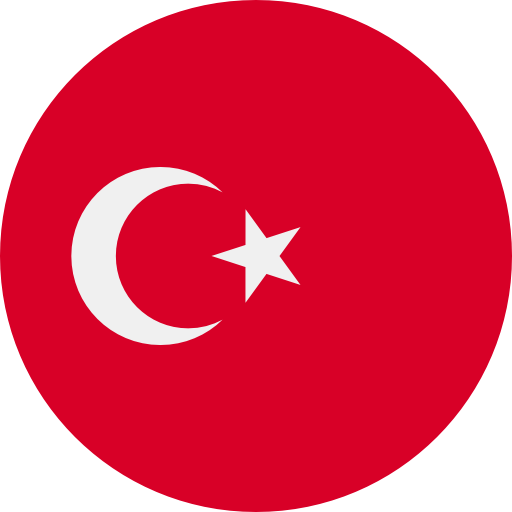 Konya resides on the southwestern edge of the Central Anatolian Plateau. Famous for its religious and cultural richness, Konya has over 3000 mosques. With a cold semi-arid climate, Konya is the best place to find one's lost peace. The best place to visit the land is between June and August. The most common mode of transport that tourists prefer is by air. It has its own airport, Konya Airport and the currency is Try.

Starting from the Mevlana Museum and the archaeological site of Çatalhöyük, all the historical relics that the city holds are worth a watch. Some of them are Azizia Mosque, Selimiye Mosque, Alauddin Qayqubad Mosque, etc. Coming to the parks and garden, the two sites that should never be missed are Kultur Park and Aladdin Hill. When the gut calls for some food, these are the famous foods of Konya etli ekmek, cebic, tip-tandoor kebabs, and bıçakarası sweet. Shopping in Konya is fun. If you are more of a mall-person, Kent Plaza is the best option. It is the most contemporary and largest shopping mall in Konya. The next best options are Kulesite Alisveris Merkezi and Novada Outlet. Konya is famous for handmade carpets. The famous shops that sell the best quality carpets are Karavan Carpets and Firat Hali. Kapali Carsi is the famous traditional market in Konya. Kardelen Kestane Sekeri Satıs Magazası is a famous name to taste the desserts of Konya.

Konya is a place where one can experience spirituality and culture to its ultimatum. Konya is a divine place if you choose to activate your root chakras and devote some of your time to meditation and tranquility. During Ramadan, one can enjoy a completely new experience full of vibrancy and festive climates. Konya is also a good place if you want to spend some quality time with your family along with fun.

Konya is the land of great Sufis. There is a spiritual aura in the air of Konya. The top attractions of Konya include the numerous mosques and the great history behind their construction. The various parks that are an example of pure bliss, the bazaar of Konya where one can get for themselves the traditional identities of Konya. Finally, witnessing the infamous Turkish whirling dance of the dervishes is the best of all.

Plan A Trip To Konya

Konya is a land of Sufi heritage. It has numerous religious sites, parks, and museums. The central Turkian city is a living example where culture plays an important part, irrespective of the presence of modernization in the air. If you want to uncover your spiritual side, Konya is one of the best places to start with. Konya Packages vary depending on the preference of the tourists. On your trip to Konya, whatever packages you opt for, all the Konya Tour Packages include myriad attractions comprising many historical edifices, mesmerizing gardens, parks, and museums.

Starting with the Mevlana Museum. This is one of the top iconic sights in Konya. Built during the 13th century, the museum is the tomb of the infamous religious leader, philosopher, and poet Mevlana Celaleddin Rumi. The green conical dome pleases the eyes of every tourist. Along with the mausoleum, the archaic tekke for Sufism, built by Mevlana’s followers is another attraction of Konya. The tekke or the lodge was built, after the death of the great Rumi, in the 16th century. Apart from the tomb of the pre-eminent Sufi poet, there are eight other tombs dedicated to his wife, children, and the six dervishes famously known as ‘Soldiers of Horasan’. It also has various precious artefacts that were part of the Mevlana legacy.

The next best thing to do in Konya is to hike to the top of Aladdin Hill. Located in the heart of Konya, it gives a panoramic view of the city and bestows the tourists a chance to vibe in the calm aura idling around. This artificial hill is a favourite place for couples. This place is also the resting place of the great personalities of the Seljuq dynasty. These tombs are placed inside a mosque with outstanding architecture.

The Ince Minarelli Madrasa is the wood and sculpture museum of Konya. The minaret was known for its gigantic height. It stood in its aboriginal composition till the early 20th century. At present, only the lower portion stands. The lower minaret is carved with stone and brick and is in the shape of a square. It is said that the cylindrical brick was once wrapped in green tiles. The minaret, the madrasa and its entrance showcase the calibre of the Seljuk stoneworkers, especially the geometric trimming and the knots. The inscription visible in the madrasa entrance is ornamented with beautiful natural and floral motifs.

The Sircali Madrasa comes next on the list. It is famous for its decorative mosaics and well-preserved mesmerizing architecture, especially the vaulted room which overlooks a rectangular facade, known as the 'Iwan'. Built in 1242, it is an open-air institute designed especially for Islamic teaching.

Konya is famous for its innumerable synagogues. It is in fact listed as the city with the most mosques in the whole of Italy. The total number of mosques in Konya is close to 3000. Though visiting each and every mosque is not conceivable, here are a few of the mosques, worth visiting on your Konya Tour - Alaeddin Mosque, Kapu/Kapi Mosque, Selimiye Mosque, Aziziye Mosque, Serafeddin Mosque, and the Haciveyiszade Mosque.

The succeeding attraction in the listicle is the ancient village of Sille Subasi. It was one of the few villages where the Greeks peacefully cohabited alongside the Turks. It is the city where the Karamanli Turkish writing originated.

Apart from sightseeing, another interesting thing to do in Konya is to attend a Turkish dance demonstration. Konya is the niche where the order of swiveling dervishes laid the first stone. Everyone has witnessed a Turkish man dancing and wearing a large white dress, this is the place where you can witness it live. This dance of the dervishes is a significant cultural jewel of the Sufis. It is a part of the ecclesiastical movement that was carried out in the 8th century. Jalal al-Din Rumi was a great Sufi personality who introduced this dance, and it was during the reign of the Ottoman Empire. Gradually, it spread to the Balkans followed by Egypt.

One of the famous historical facts concerning the dervish dance, known as Samas, is that it was banned in 1925 after the country was declared secular by Atatürk. The glorious dance was again enjoyed in the 1950s and continues to do so. The motive behind the dance is a form of meditation to get closer to the higher one. It is performed on the music orchestrated by various traditional instruments, along with prayers or traditional songs under the guidance of a spiritual master, called the shall.

Konya is a famous shopping hub for those who are fond of local goodies. The whole city of Konya has around 40 streets. In those streets, there are over 2500 streets set up selling authentic and traditional merchandise. Out of all, the most interesting thing to do when looking for a wonderful shopping experience is strolling in the Bedesten Bazaar.

The nightlife in Konya is a completely different experience. The best thing to enjoy a night in Konya is ambling in Kultur Park. Located next to the Aladdin Hill, the place comes to life even more during the nighttime. As you sit near the illuminated fountain of the park, the view of the Haciveyiszade Mosque through the lights is beyond explanation. When the azan starts the atmosphere around the park releases that serenity and peace that can only be elucidated when felt.

Konya is more of a religious place, and each monument and relic has its own rules and regulations. Thus, to witness the beauty and feel the cultural vibrancy without any discomfort, a tour guide is a must. Dook International provides myriad Konya Tour Packages that are all-inclusive and customizable as per your need. From airport transfers and accommodations to tours, everything is included in the packages along with ensuring your utmost safety and comfort.