Looking to explore Durban? We help you discover

Durban (eThekwini in Zulu), the third-largest city in South Africa is one of the region's major destinations. Surfing is among the most well-liked sports activity in Durban Tour. In addition, millions of visitors are attracted now by the area's long, toasty beaches, mild subtropical climate and first-rate facilities. You can book Durban Tour Packages by Dook International to experience every aspects. We can take care of all, whether you're planning a vacation with friends, family, or children or want to travel alone. Our Durban Packages, created by experts, will take you to this bustling city in KwaZulu-Natal (KZN), which is an hour's trip from Pretoria and two hours flight from Cape Town. If you're eager to visit this revitalizing South African city, look at our extensive selection of Durban Tour Packages from India. These packages are created to provide our clients with the greatest accommodations and facilities throughout the trip, regardless of how long they plan to stay there. 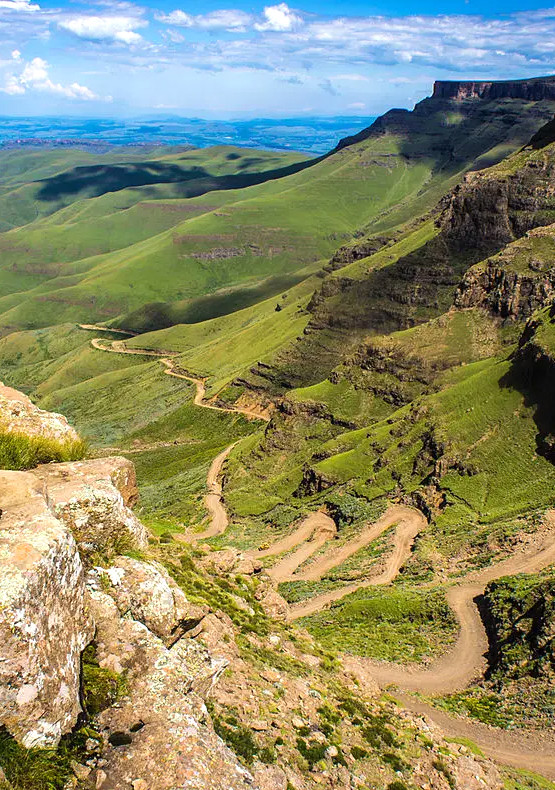 The largest city in the KwaZulu-Natal province and the main seaport of South Africa is Durban, formerly known as Port Natal, located in Natal Bay of the Indian Ocean. Shaka, the Zulu king (whose authority to do so is disputed), granted the group land in exchange for constructing the Old Fort, now a museum. Sir Benjamin D'Urban, the ruler of the Cape Colony, named his son Durban, founded in 1835 on the location of Port Natal. Tourism is imperative and is centered on the city’s closeness to Moses Mabhida Stadium, Durban, KwaZulu-Natal province, S.Af. Durban, KwaZulu-Natal province, S.Af. The Bluff, which are hills that separate a landlocked bay from the ocean, dominate Durban to the south.

Durban is a large port city that stretches across the Umgeni River towards the hills of Durban North. Its commercial and municipal center is flat ground and gently rises to the Berea Hills, a ridge of hills enclosing the port and beach. This same city hosts the University of KwaZulu-Natal, established in 2004 through the acquisition of the University of Natal and the Université of Durban-Westville, established in 1961 and initially planned for Indian students (although quasi were admitted starting in 1979) (founded 1910). There are numerous museums, in addition to Indian or Black markets. The Moses Mabhida Stadium, a commercial, retail, and leisure area component of the larger King's Park Sporting Precinct, hosts sporting and cultural events.

Dook International’s Durban packages host some of the most popular tourist destinations, South Africa has to offer. It blends nature with innovation subtly. This beach city is the third most populous in South Africa, situated in KwaZulu-Natal. It is also famous for having African, Colonial and Indian influences, not to mention beautiful, sunny beaches that will entice you to come time and time again. Even if you're an adventurous traveler or a tourist who likes to take it easy, Durban does have a lot to offer. Here are the five reasons to travel repeatedly to this coastal paradise - The city has long stretches of warm, sunny weather all the year round, with only 90 days of short rains documented cumulatively. The coldest is June, with an average temperature of 18 degrees, whereas the warmest month is February, with a mean temperature ranging between 21 to 29 degrees. Schedule your trip for August if you want to spend a great deal of time in the sun since that period sees the most sunshine inside the city.

South Africa is endowed with an abundance of resources, a kind climate and a diversity of people unheard of in most of the other nations. The city of Durban is one place that captures everything that South Africa stands for. The town enjoys a moderate climate all the year round and a wealth of natural resources to support its further development. It has also seen historically important moments that have significantly impacted the way the world is today. Durban's cultural landscape has indeed been greatly enriched by the delectable food, ritual practices and festivals of the city's Indian population in contrast to the lovely architecture and beautiful gardens built by the city's early European settlers. The harbor at Durban, around which the city grew, is one of the most significant and active in Africa, serving the town's interior and landlocked countries to the north. The scuba diving instructor swimming beaches, the world-class pedestrian promenade, the iconic Moses Mabhida stadium, the uShaka Marine Kingdom aquarium, the fifth largest in the world and the superb surf are among the most prominent features Durban Tour is encompassed with. In addition, Durban is home to an amazingly successful surfboard production, related business and numerous global surfing championships.

Plan A Trip To Durban

Plan Durban Tour Packages with Dook International to explore the beautiful farmland, wines, rivers, & beaches of both the region.

The "Golden Mile" is a fantastic place to start a guided tour of Durban. High-rise hotels, amusement parks, retail stores and restaurants line this busy beachside promenade. Water sports lovers go to this area to surf, swim, fish, or take in the long, golden beaches. Most of the beaches are always guarded by lifeguards and shark nets.

Runners, cyclists, Segway users and skateboarders share the busy oceanfront walk with pedestrians, giving the area a faint California vibe. uShaka Marine World, Moses Mabhida Stadium and the Mini Town - a miniature version of Durban that features a train network, airport and harbour scene-are some of the other attractions somewhere along the length of the coast.

The Durban Botanic Gardens are the largest beautiful park in Africa still being used. The gardens were established in 1849 to test new crops. They are situated on Berea Hill's slopes, northwest of the city centre. Today, guests can take a stroll among the native and exotic tropical plantings, including towering historic trees, some of which are more than a century old. It is the best place to visit with the help of Dook International’s Durban Tour Packages.

More than 200 kinds of birds, some of which are the exclusive ones in Africa, can be found in the Umgeni River Bird Park, located in the Riverside neighbourhood on the northern side of the Umgeni River. Visitors can view a variety of native species and also birds from Southeast and Australia, including lories and macaws, on a network of walkways that wind through lush landscaping around waterfalls.

Durban's Indian Quarter, which includes the Victoria Street Market and the Juma Masjid Mosque, the largest in the southern hemisphere, is a diverse puree of sights, sounds and unique smells today. Along the constricted sidewalks, street vendors from China, Pakistan, India and Somalia haggle over, selling everything from spices and silk sarees to beaded shoes, incense and intricate handmade jewellery.

uShaka Marine World, which was initially envisioned to be an amusement park with children as it is a key demographic, has changed to become a marine park for enjoyment of the entire extended family while keeping the focus on children between the ages of 2 and 12. It has the World's biggest jungle gym and several sandpits for families to play in. There is also a dedicated cinema stage area where movie buffs can watch some of the best kid-friendly movies.

The valley is not one of those locations you can stop and admire. However, it is more popular as a beautiful driving road. This valley, located 40 minutes from Durban City, gets its name from the 1000 little hills it passes through. The valley is among the most beautiful drives since it is lush and green all the year round. In cooperation with indigenous tribes, the Durban City Authority hosts a British dance performance, a must-to-see for all visitors traveling to Durban. For the collector in you, there is also an antique store nearby where you can purchase souvenirs to recall a wonderful trip.

One of the best-kept safari parks in the Rainbow Coalition is Phezulu Safari, which combines the excitement of a safari with the comforts of a five-star hotel stay. One can relax knowing that the jungle trails have been deliberately engineered for the tourists' enjoyment and safety. With special accommodations for group stays, the lodging at the safari has the highest caliber.

On Durban's Golden Mile, Moses Mabhida Stadium is a top-notch sporting and event site. In 2010, the stadium featured as the site of eight FIFA World Cup contests. From the summit of the stadium's arch, it offers a magnificent 360-degree perspective of Durban. Tourists can use the Sky Car or the 500 steps to the forum.

The tallest swing in the globe, the 220-meter Big Rush Big Swing, caters to the adrenaline rush. If you go a long distance to Durban in search of adventure, you must drop by The Big Rush. The finest skydiving, hang gliding, and skydiving facilities are available to tourists & patrons at the adventure park. The competent staff there pays particular attention to the safety of the young adventure seekers. You must attend this park at all costs as it is perfect for a short holiday. In addition, Segway tours of the arena are available for guests and Andand shops sell sportswear there.

This location doubles as one of the town's primary markets and is among South Africa's popular tourist attractions. The market's impressive range of bags is its claim to fame. The Victoria Street Market does, though, also sell Chinese products, brassware, antiquities and cell phones. Furthermore, there are businesses at the market that offer pieces of famous African artwork to tourists.

Book your favorite Durban Holiday Packages with Dook International and have a fun-filled vacation in this wonderful South African city. We promise you to provide the best experience in the city regardless of your Durban tour choice. So allow us to be your travel assistant and enjoy the trip without hassle.