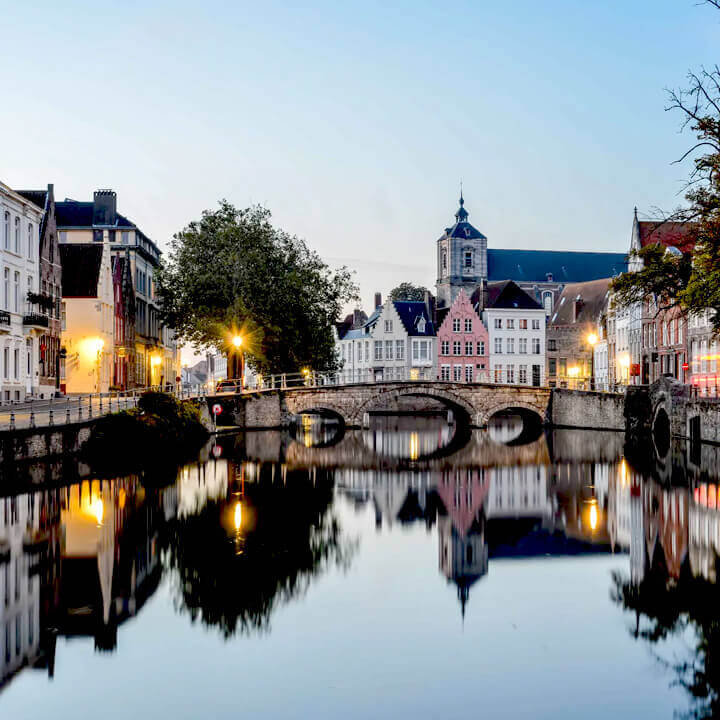 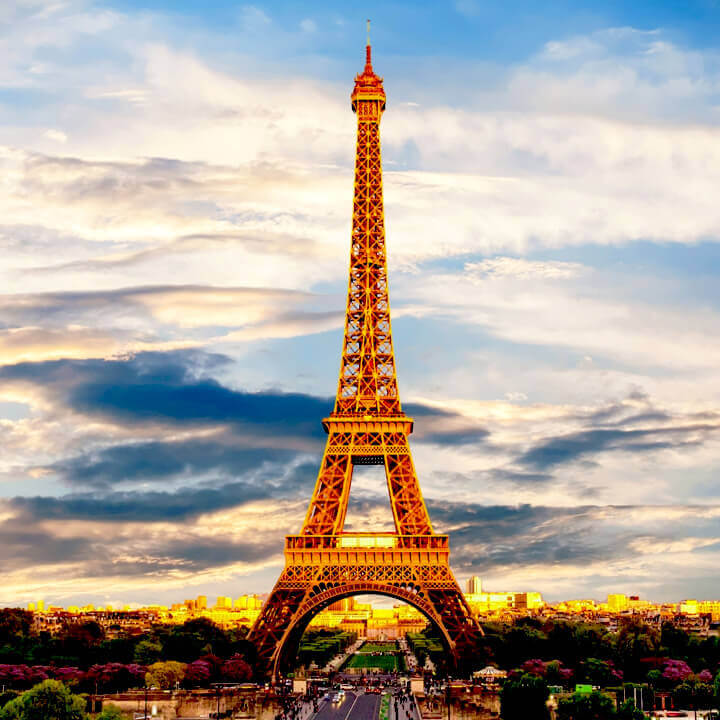 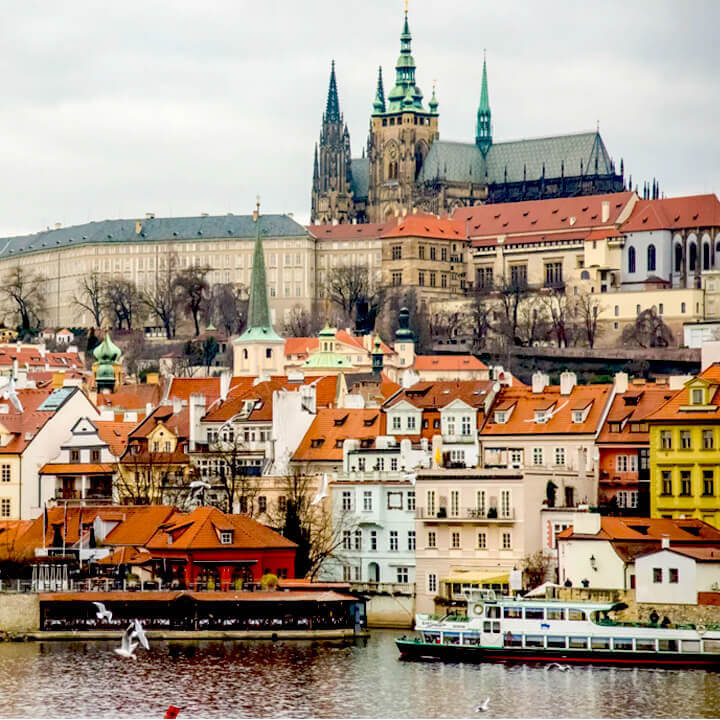 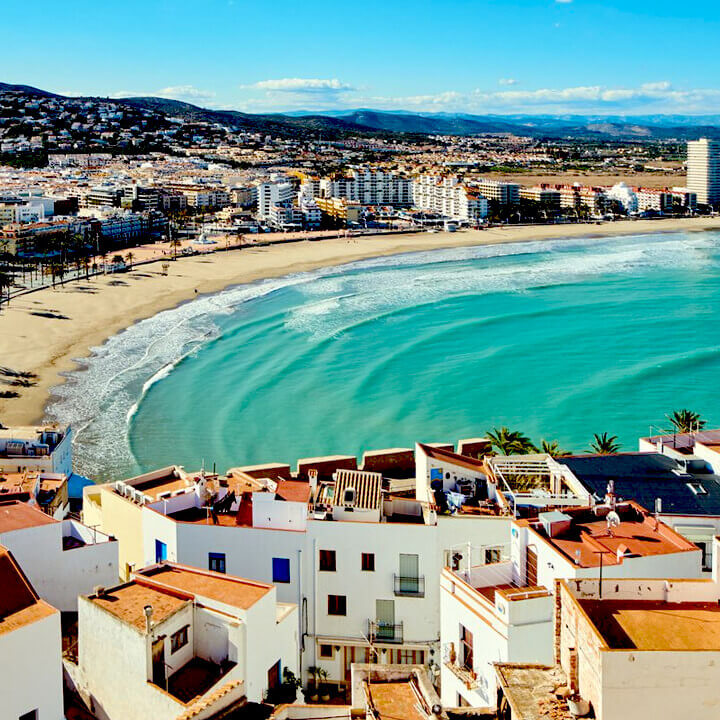 Chapel of Our Lady of the Miraculous Medal

Prague Castle is a castle complex in Prague Czech Republic built in the 9th century. It is the official office of the President of the Czech Republic. The castle was a seat of power for kings of Bohemia Holy Roman emperors and presidents of Czechoslovakia. The Bohemian Crown Jewels are kept within a hidden room inside it. According to the Guinness Book of Records Prague Castle is the largest ancient castle in the world occupying an area of almost 70000 square metres at about 570 metres in length and an average of about 130 metres wide. The castle is among the most visited tourist attractions in Prague attracting over 1.8 million visitors annually.

The Palace of Versailles was the principal royal residence of France from 1682 under Louis XIV until the start of the French Revolution in 1789 under Louis XVI. It is located in the department of Yvelines in the region of le-de-France about 20 kilometres southwest of the centre of Paris. A simple hunting lodging and later a small chteau with a moat occupied the site until 1661 when the first work expanding the chteau into a palace was carried out for Louis XIV. In 1682 when the palace had become large enough the king moved the entire royal court and the French government to Versailles. Some of the palace furniture at this time was constructed of solid silver but in 1689 much of it was melted down to pay for the cost of war. Subsequent rulers mostly carried out interior remodeling to meet the demands of changing taste although Louis XV did install an opera house at the north end of the north wing for the wedding of the Dauphin and Marie Antoinette in 1770. The palace has also been a site of historical importance.

The Palace of Versailles was the principal royal residence of France from 1682 under Louis XIV until the start of the French Revolution in 1789 under Louis XVI. It is located in the department of Yvelines in the region of le-de-France about 20 kilometres southwest of the centre of Paris.

Chapel of Our Lady of the Miraculous Medal

The Chapel of Our Lady of the Miraculous Medal in Paris France is the chapel where the Blessed Virgin Mary appeared to Saint Catherine Labour in 1830 and requested the creation of the medal which came to be known as the Miraculous Medal. The Chapel was part of the mother house of the Daughters of Charity of Saint Vincent de Paul. Catherine Labour was a seminary sister there when

The Church of Saint-Sulpice is a Roman Catholic church in Paris France on the east side of Place Saint-Sulpice in the Latin Quarter of the 6th arrondissement. It is only slightly smaller than Notre-Dame and thus the second largest church in the city. It is dedicated to Sulpitius the Pious. Construction of the present building the second church on the site began in 1646. During the 18th cent

Heidelberg Castle is a ruin in Germany and landmark of Heidelberg. The castle ruins are among the most important Renaissance structures north of the Alps. The castle has only been partially rebuilt since its demolition in the 17th and 18th centuries. It is located 80 metres up the northern part of the Knigstuhl hillside and thereby dominates the view of the old downtown. It is served by an intermediate station on the Heidelberger Bergbahn funicular railway that runs from Heidelbergs Kornmarkt to the summit of the Knigstuhl. The earliest castle structure was built before 1214 and later expanded into two castles circa 1294 however in 1537 a lightning bolt destroyed the upper castle. The present structures had been expanded by 1650 before damage by later wars and fires. In 1764 another lightning bolt caused a fire which destroyed some rebuilt sections.

Eltz Castle is a medieval castle nestled in the hills above the Moselle River between Koblenz and Trier Germany. It is still owned by a branch of the same family that lived there in the 12th century 33 generations ago. Brresheim Castle Eltz Castle and Lissingen Castle are the only castles on the left bank of the Rhine in Rhineland-Palatinate which have never been destroyed.

Piazza San Marco often known in English as St Marks Square is the principal public square of Venice Italy where it is generally known just as la Piazza. All other urban spaces in the city are called campi. The Piazzetta is an extension of the Piazza towards San Marco basin in its south east corner. The two spaces together form the social religious and political centre of Venice and are commonly considered together. A remark usually attributed to Napoleon calls the Piazza San Marco the drawing room of Europe

The Vatican Museums are the public art and sculpture museums in the Vatican City. They display works from the immense collection amassed by the Catholic Church and the papacy throughout the centuries including several of the most renowned Roman sculptures and most important masterpieces of Renaissance art in the world. The museums contain roughly 70000 works of which 200

Send us a query for Europe 16 Nights and 17 Days